Just when you thought that Dharma Productions had its plate full with big-ticket multi-starrers on the floor and bigger, newer ones ready to be announced, there comes this exciting tidbit from a trusted source exclusively to PeepingMoon.com. It’s as big as it can get and we can dare to share it with you.

It seems that among other projects lined up for 2020, Dharma has a quirky love story and thriller in which Karan Johar wants to bring back Dharma’s exciting Dhadak pair Ishaan Khatter and Janhvi Kapoor. Their roles in this film, which will apparently be helmed by Bejoy Nambiar who directed Karwan (2018) and Wazir (2016), are going to be absolutely kick-ass.

This film will be shot next year after Ishaan finishes Ali Abbas Zafar’s romcom Kaali Peeli that he will be doing with Student of The Year debutante Ananya Panday. This is the only film that Ishaan has on hand after Dhadak that released last July. Janhvi, however, has pretty much a full calendar. 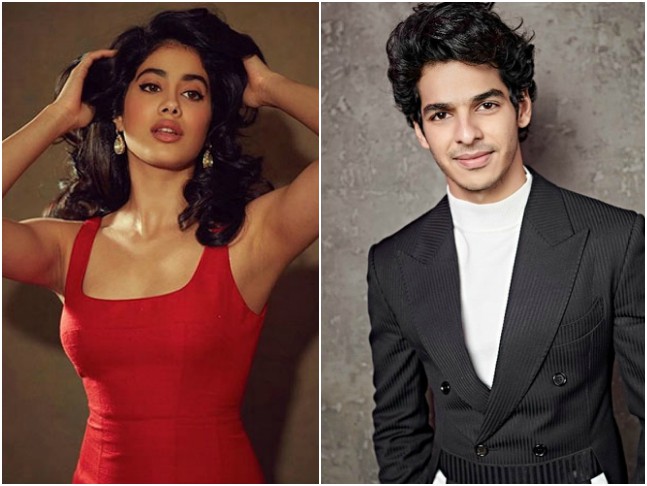 The young actress has just wrapped up schedules for two films that she’s been juggling. One is Dinesh Vijan’s horror comedy RoohiAfza that Janhvi is doing opposite Rajkummar Rao. It’s being directed by debutant Hardik Mehta. And the other is the Sharan Sharma-directed biographical Kargil Girl for Dharma again in which Janhvi pretty much flies solo. That apart, Dharma also has Janhvi’s dates for two more of its big films: Dostana 2 and Takht.

After Dhadak, in which Janhvi and Ishaan made a cute couple, Bollywood trade circles were curious to see which production house would cast the winsome couple again. But somehow that did not happen for a year. And fans of the young actors had to be content with seeing Janhvi and Ishaan together only when they stepped out together and their pictures appeared on social media. But now there appears to be hope with Dharma planning the reunion of its Dhadak jodi.