Saif Ali Khan and most of his family is currently in London. While Saif is shooting for his home-production Jawaani Jaaneman, his wife Kareena Kapoor Khan was shooting for Angrezi Medium. The superstar couple is busy with their own assignments but because it is summer, their families are also in London. Karisma Kapoor with her children, Randhir Kapoor and Babita were all stationed in the English capital enjoying themselves. As were, Saif's mum, Sharmila Tagore and his sister Saba. Of course, it just so happened that Sara Ali Khan and Amrita Singh also happened to be in London to spend time with Ibrahim Ali Khan who is studying there.

In the midst of this yours, mine and our situation, Bebo and Saif found it hard to do too much socializing because of their work. Besides post work, they wanted to be with their munchkin, Taimur Ali Khan. However last Sunday, when Saif had a day off he decided to have dinner with his son Ibrahim. A source says, "Father and son both have a common passion in cricket(but naturally!); they are chips of the Mansoor Ali Khan Pataudi lineage. And whenever, dad and son get a chance to dine out, they grab the opportunity to do so. Most of the conversation is around sport, especially cricket. Ibrahim is a keen follower of the sport and he also plays some fine cricket.'' 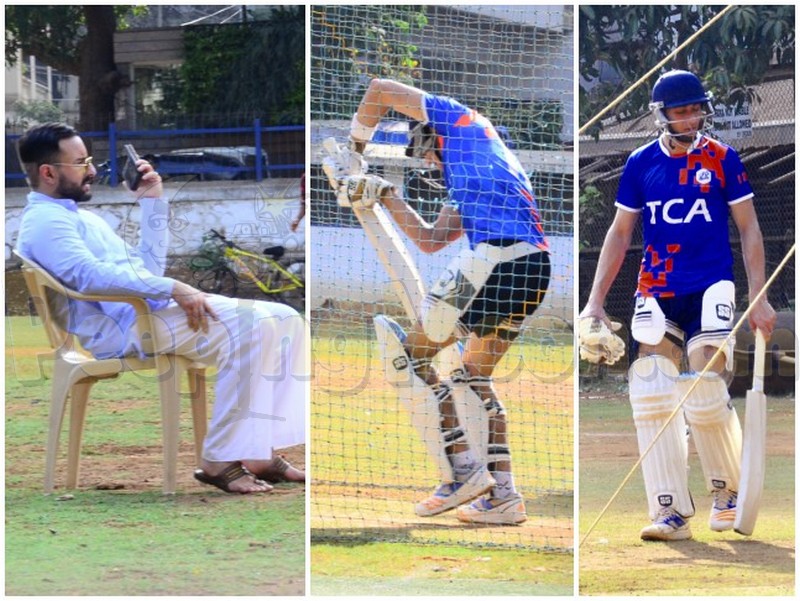 Recommended Read: Exclusive: Made In Heaven Season 2 to have all-female directors at helm

Saif is also particularly proud of his young teenage son, who is a spitting image of him. In fact, the proud father said, "A lot of people say-Ibrahim is a spitting image of me. To them I say--"You are right. However, I wish I was as tall as him.'' Sources say Ibrahim towers over 6 feet. And, well that is a feature which the Nawab of Pataudi envies. Of course, it is a good kind of envy because at the end of it, Saif is like any proud parent, dotes on his three children.