I gave up coffee for ‘Kalank’s’ success, I believe in sacrifices: Alia Bhatt

Alia Bhatt is on top of her game. The year started on a great note for her. She won the Best Actress award for her performance as a spy in Raazi, delivered a smashing box-office hit with Gully Boy, and is neck deep in last minute promos of Kalank which is releasing tomorrow. The film, with a star-studded cast featuring Varun Dhawan, Sonakshi Sinha, Aditya Roy Kapur, Sanjay Dutt and Madhuri Dixit, is Alia’s first costume drama. Amidst the madness, Alia sneaked out a few minutes to chat with PeepingMoon.com. Clad in a yellow-grey satin off-shoulder gown, with her hair tied up in a loose bun, Alia looked lovely and calm, like she was ready to take on the pressure.

Excerpts from the chat:

Is it true you gave up coffee till Kalank releases?

Yes, it’s very much true. It’s a very big deal to me, I have five cups every morning. 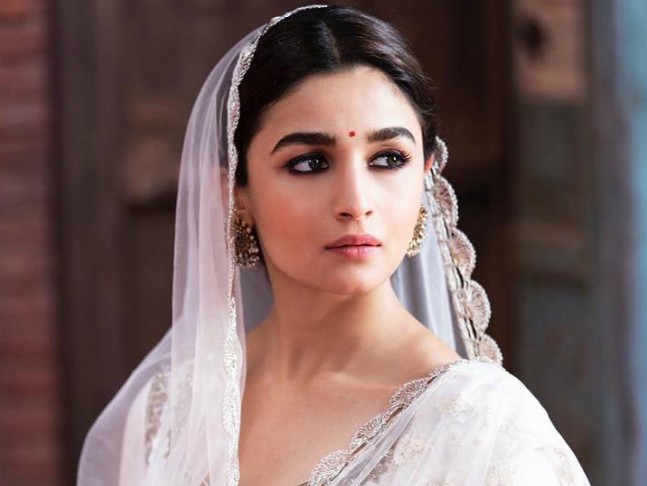 Does that make this your biggest release to date?

Well, it is. It is a very big film, be it canvas wise, scale or budget. I really believe in sacrificing, giving something up for something. Every now and then I make a new rule. Like, now I’m giving up this for that. It’s a good way of disciplining yourself. In Kalank's case, it was just a random conversation Varun (Dhawan), Aditya (Roy Kapur) and I had that we should give up something for the film. Something we all really like and that energy will go into the film.

Aren’t you afraid the audience will tire of your pairing with Varun?

We don’t take it granted. We hope the audience doesn’t get tired, that’s why we always try to do different things. When we signed Kalank, the question did come up that we have done X, Y, Z films together, but Kalank is a different journey, a very different love story if you compare it to our last films. Primarily, this film is not a love story. It has so many layers to it. So just keeping that in mind, it’s a true ensemble film with Varun and Alia who have a very strong bond. It’s a unique sort of pairing we have faced in this film. The audience wouldn’t have seen anything like this from the two of us before. Your character in the trailer says your one hasty decision becomes the cause of suffering for all. Are you a reckless person in real life?

I won’t say reckless, but I’m an impulsive person. I definitely have impulsive thoughts, but I don’t have impulsive actions because that’s something I have controlled with time. But I’m a very impulsive thinker, my thoughts just change suddenly after some time. So I always try and control it.

Kalank means shame/disgrace/stain. Does it mean otherwise to you?

To me, it means perspective. I don’t think it’s a tag. It’s almost like you can put a question mark at the end of the title. That’s why Kalank is an experience which I feel will make people question something towards the end of the film.

Two releases in Gully Boy and Kalank, Brahmastra with Ranbir Kapoor, a film in the south, one with your father, another with your mentor, and one with Salman Khan and Sanjay Leela Bhansali. How will you manage it all?

How, I don’t know! Last year I did three films, this year I’m shooting for four. I believe if you really want something to happen, it all works out. You can make it happen. It can be difficult but you can put all your eggs in one basket. I am greedy for such roles. But now I have learned to become a little more sensible. Like if something is not working, it’s not working. But it’s not happened with me till date. Where there is a will, there is a way. If I can make it happen, then I will.

Does the media focus on your relationship with Ranbir more than on your work distress you?

No. Nine questions are about work and two questions are regarding Ranbir, which is fine. When you think of me, the first thing will be of my work and then you will think of other things in my life. Journalists have to make headlines entertaining. Maybe that’s why they use Ranbir. I’m okay with that. It’s not like it bothers me. I’m not somebody who is insecure or unsure about the work that I’m doing. I put a lot of energy and effort into my work and I’m very passionate about it. If you are honest towards your work, it will pay off. People will remember you first by your work. Rest follows. 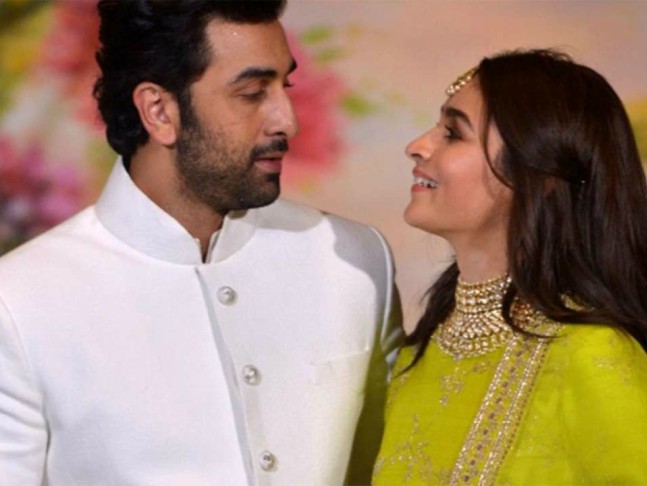 I do! I did films like in Humpty Sharma Ki Dulhania, Badrinath Ki Dulhania and ever Dear Zindagi. I think I’m balancing well. For me, it’s important to have a variety of all kind of characters, whether it’s lighter, stronger or weaker.

Did you take anything home from Roop’s character in Kalank?

Honestly, I think a lot of Roop! She is a modern day girl set in old times. Her thought process is evolved. She expects a lot more out of people, from herself and society in general. She is sort of mature but she is also impulsive and raw. I related a lot to her. There’s nothing I didn’t want to take home of Roop. But yes, there was one thing which I probably would have never been able to do. Roop has a kind of ability to cope and sustain and bear a bad situation even when she is not really happy, she still has the ability to go on with a kind of strength, which is an admirable quality. 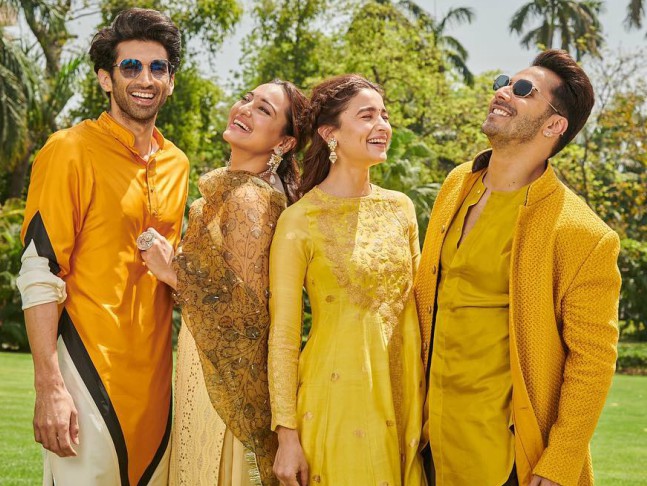 You shot down all criticism regarding your pairing with Salman in Inshallah? There is a good 25 years’ gap between you both. You wanted to work with him or SLB or both? What compelled you to take up this film?

Honestly, I have always wanted to work with Sanjay Sir. He has a vision with this film. He came to me with a story and I loved it. I think it’s a dream combination. There is nothing but excitement and positivity going on to this journey. The age gap wasn’t even the last thing on my mind.

The SOTY2 trailer is out. You made your debut in the first part. How does it feel to be a graduate!?

It feels interesting. And quite surreal. The second part is already releasing. I genuinely feel Tiger Shroff is going to kill. He is a fabulous star-actor we have today. He is hardworking and passionate. Even the two girls (Tara Sutaria and Ananya Pandey) look exciting. I just want this franchise to go on and on.

Two Best Actress trophies, an enviable film line-up, countless brand endorsements, the most eligible bachelor in Bollywood as your BF. How do you handle love and fame at the age of 26?

To me, it’s work life and personal life. Two categories only. There is no fame, success or love brackets. Factors like spending time with family, friends, Ranbir or even me-time, I consider all this very personal. I get maybe half hour in the morning to read newspapers, drink coffee (nowadays herbal green tea), and in the night to watch some TV show. These are things I like to do for myself each day without fail. I genuinely believe that your most special relationship should be with yourself. I never understood the importance of having that strong connect with myself until recently. Till my life got super hectic and I didn’t have a moment to think. So now I have a very simple approach to life. I literally treat each day like I have to give my 100 per cent. And when I go home, I switch off and that’s my time for me and my loved ones. 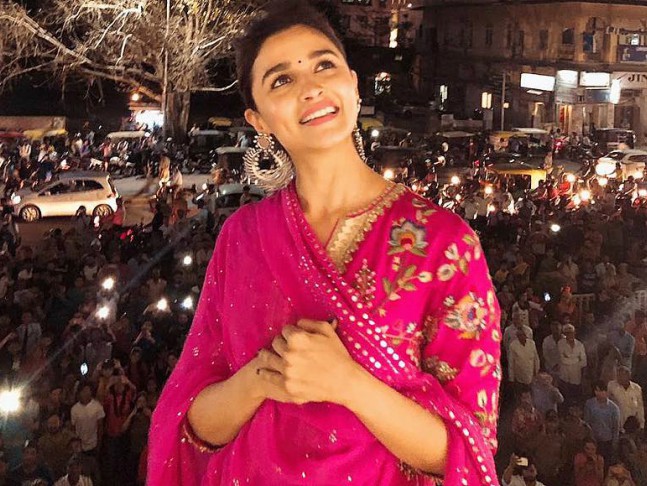 Several actresses are jealous of the films you are doing...

recognized all these opportunities. They are extraordinary. And I have to be amazing at everything I do. For me to understand that, I have to value it. And I do value it. because IAll actors go through that where you seek inspiration from another actor’s journey and in another actor’s lineup or the way they are. I think it’s really kind and sweet when other actresses say things like these. I will also be candid and say I’m super jealous of their stuff. In my Filmfare speech, the reason I was feeling extremely grateful was

Exclusive: Manisha Koirala-Adil Hussain to feature in an International