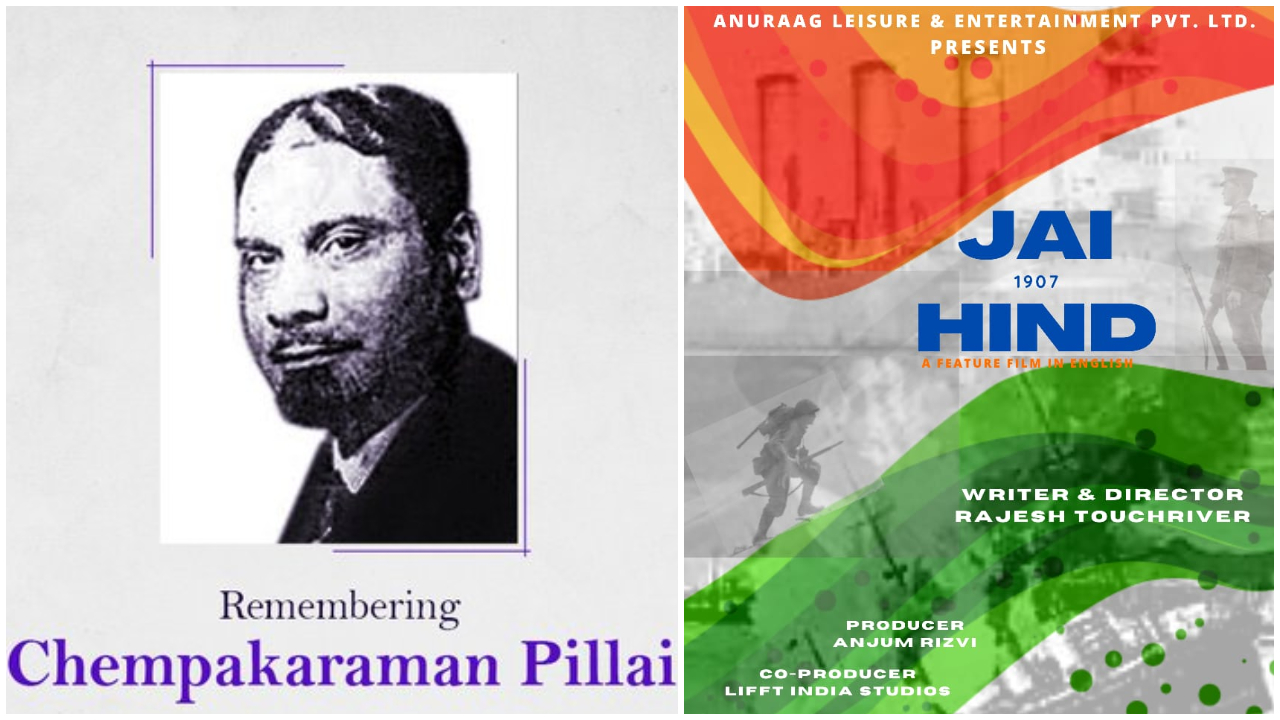 If you ever wondered where the term Jai Hind came up, you need to watch this biopic announced on the life of freedom fighter Chempakaraman Pillai. On the occasion of India’s 75th Independence Day, Anjum Rizvi Film Co, Anuraag Entertainment and Lifft India Studios announces Jai Hind, an international feature film in English, a biopic on the life of Dr. Chempakaraman Pillai, the political activist and revolutionary who coined the slogan “Jai Hind”.

Dr. Chempakaraman Pillai conceived the term "Jai Hind" in 1907, which was adopted as the slogan of Netaji Subhash Chandra Bose’s Indian National Army in the 1940s at the suggestion of Abid Hasan Safrani. After India's independence, Jai Hind emerged as the national slogan of India, being widely used in the nation’s forces today.

He is credited for coining the slogan 'Jai Hind' in the pre-independence days#AmritMahotsav pic.twitter.com/uBNlAkJuZw

After the outbreak of the First World War, Pillai founded the International Pro-India Committee in Zürich. He later merged it with the Berlin Committee, which became the guiding and controlling institution for all pro-Indian revolutionary activities in Europe, contributing to India’s independence. Pillai was the only one who dared to demand a written apology from Adolf Hitler for his derogatory comments on Indians at that time. However, even the name Chempakaraman Pillai seems unknown to most Indians today.

The film Jai Hind, based on true events of India's freedom movement centering on Champakaraman Pillai and other forgotten luminaries, is written and directed by the internationally acclaimed, international award winning director Rajesh Touchriver. While the main language of this movie will be English, it will also be released in Hindi and other major Indian languages including Tamil.