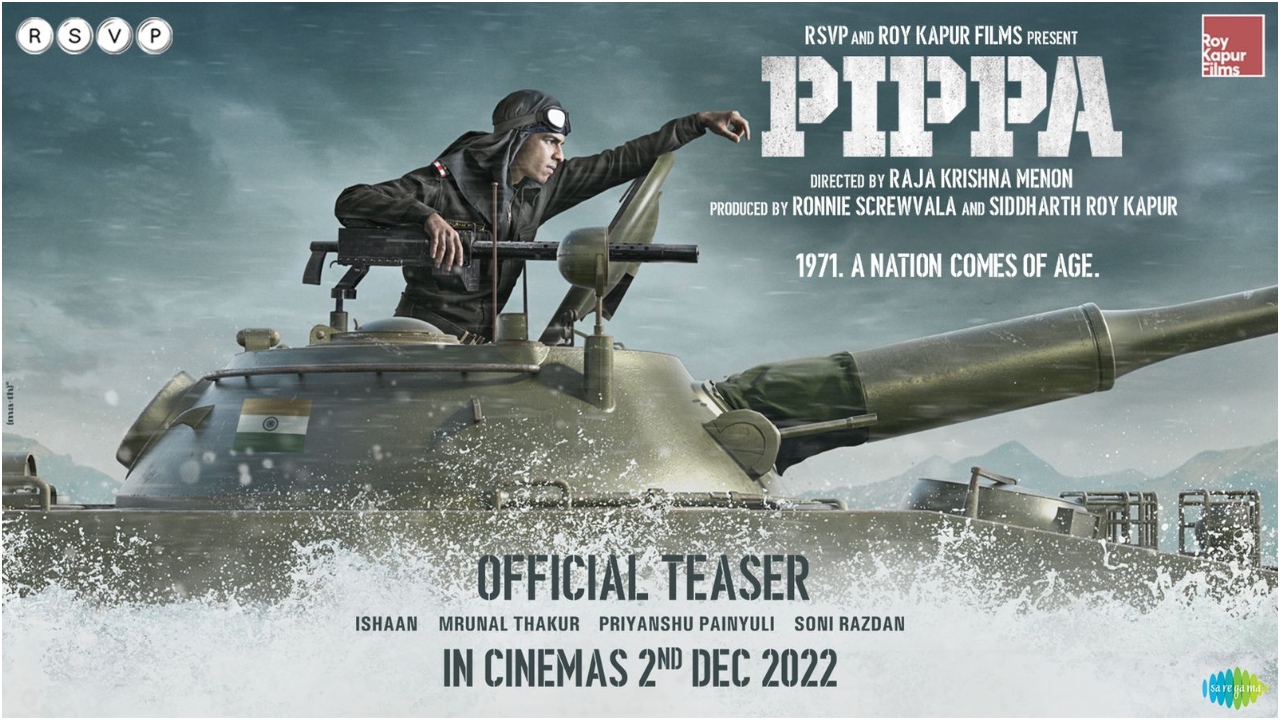 Ishaan Khatter, who is all set to be seen in Ronnie Screwvala and Siddharth Roy Kapur's Pippa, released the first teaser of the film this morning. Ishaan plays the role of the young Brigadier Balram Singh Mehta, who was instrumental to the victory in the Indo-Pakistan war of 1971.

Sharing the teaser, Ishaan wrote on Instagram, "PIPPA in cinemas December 2nd, 2022. On the momentous occasion of our country’s 75th Independence Day - presenting a glimpse from a film we’ve collectively put our heart, gut and soul into. May our soil, our people and our culture be blessed always. It’s been an honour to represent the valour and bravery of our defence forces More to come."

Pippa is based on The Burning Chaffees written by Brigadier Balram Singh Mehta. Directed by Raja Krishna Menon, the first-of-its-kind war drama enlivens a glorious chapter in Indian history. Khatter underwent a massive body transformation and prep that included combat training and handling weapons to be able to walk in the shoes of an army officer on screen. The actor was also on a rigorous (6-day) military training program.