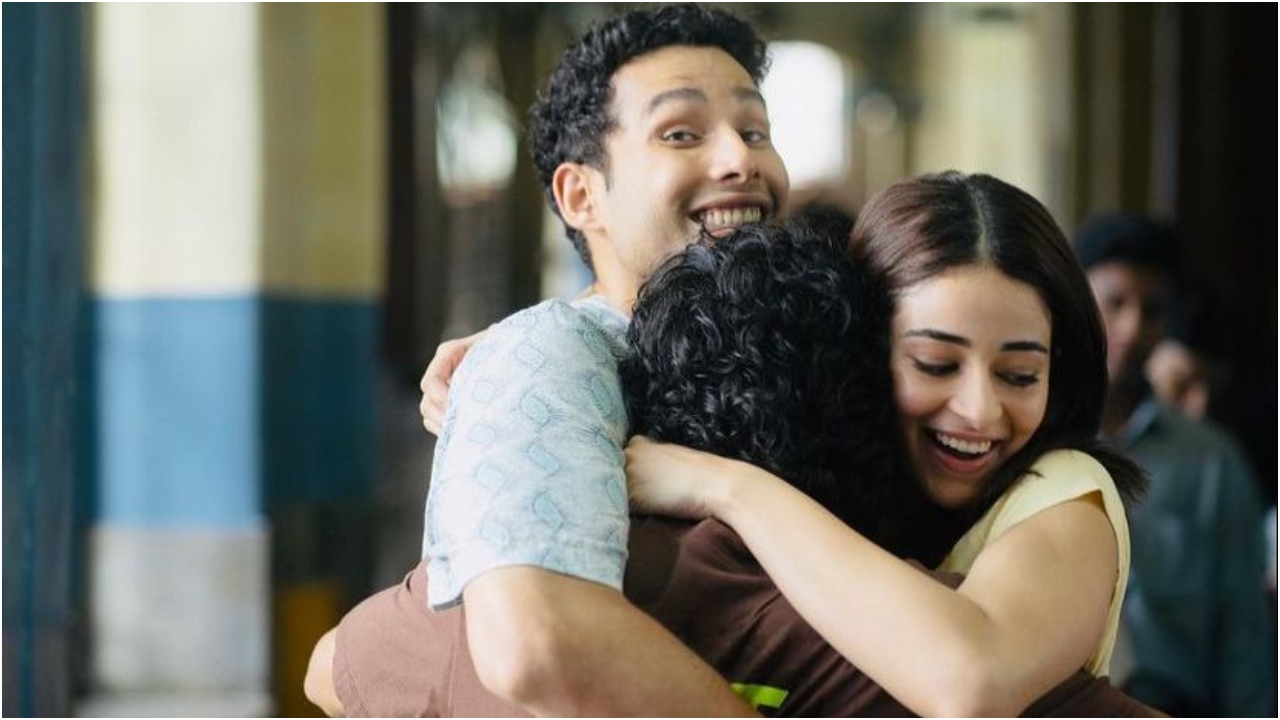 Ever since his debut, Siddhant Chaturvedi has stunned us with his impeccable performances in his vibrant filmography. After holding up the breaths of the masses with his charismatic presence in the character of Zain in his last release Gehraiyaan, the actor has now finally wrapped up the shoot of his next Kho Gaye Hum Kahan.

Taking to his social media, Siddhant shared a beautiful picture where he can be seen hugging his co-stars Ananya Panday and Adarsh Gourav with a cute smile on his face. The actor added a heartfelt caption, "and It’s a wrap! #KhoGayeHumKahan We were young, crazy, and restless. Fun, curious & a millennial mess. It’s a story about you & me,
and we were just… A bunch of cool kids makin’ a film. Thank you @zoieakhtar @reemakagti1 for the best filming experiences ever. @tigerbabyofficial @excelmovies Hail! @arjunvarain.singh Our Captn! My brother! Thank you for showing this mad faith in us.You’ve been strong & vulnerable in a timed beauty of it’s own. My creative pillars @yashsahai and @sapanv It wouldn’t have been possible without your Wit, Wohoos and WTFs! My Co-stars and now friends for life @ananyapanday @gouravadarsh I’ve only grown working along side you both.You guys are freakin’ beautiful! and lastly to the whole Cast & Crew, Dadas and Dudes Thank you guys, it was an honour "

Siddhant has been bestowed with so many titles on his name that makes him a favourite superstar of this generation. While the audience were eagerly waiting for his next, this news of wrapping up Kho Gaye Hum Kahan has come as a treat for his fans to watch him on the big screen soon.

Talking about his future lineups, Siddhant will be next seen in Phone Bhoot with Katrina Kaif and Ishaan Khatter and Yudhra where he takes on a heavy dose of action.