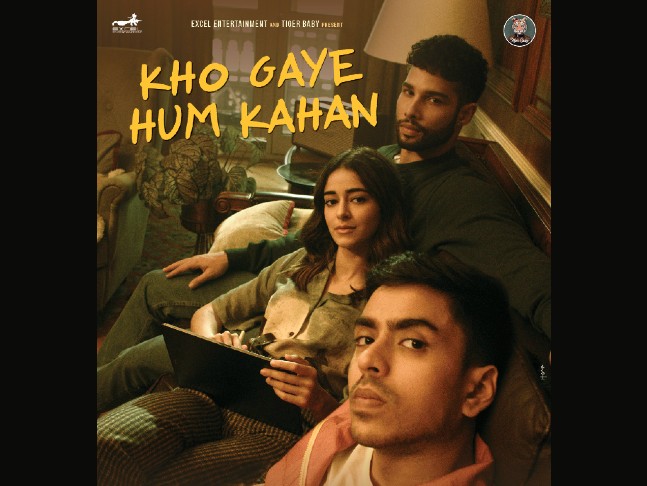 Siblings Farhan Akhtar and Zoya Akhtar have delivered some of the best films collectively and individually too. Juggling between directorial and production duties, Farhan and Zoya are bringing to fore excellent and relevant tales for the youth. Now, they have announced their next film together. Titled Kho Gaye Hum Kahan, the film stars Ananya Panday, Siddhant Chaturvedi and Adarsh Gourav.

Kho Gaye Hum Kahan will be directed by Zoya's Assistant Director Arjun Singh and it will be his directorial debut. Reportedly, it is a thriller drama. Zoya, who is producing the film with Farhan, Reema Kagti and Ritesh Sidhwani, will be heading the writing department with Reema and Arjun. The first poster of Kho Gaye Hum Kahan was released today.

Ananya and Siddhant have teamed up for the second time. Their first film together is Shakun Batra's yet-to-be-titled relationship drama with Deepika Padukone. Adarsh, who is fresh from the success of The White Tiger and web series Hostel Daze 2, is working with Ananya and Siddhant for the first time.