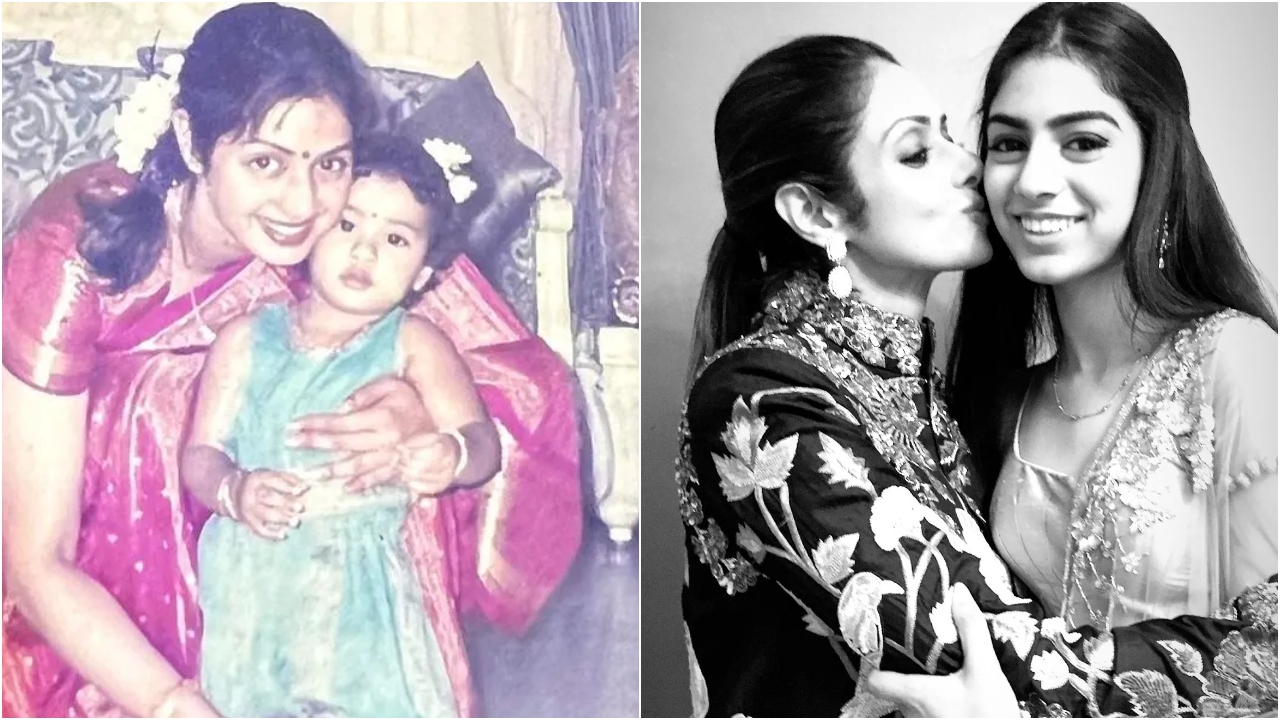 Legendary film actress Sridevi left a deep void in the hearts of millions of people as she passed away on February 24, 2018. It has been four years but the actress still resides in our hearts through her films. On Sridevi's 59th birth anniversary, daughters Janhvi Kapoor and Khushi Kapoor have dedicated heartwarming posts to their late mother on social media.

Janhvi took to Instagram and shared a photo from her childhood with Sridevi. She penned a heartfelt note that read, "Happy birthday Mumma i miss you more and more everyday. I love u forever"

Recommended Read: Koffee With Karan 7: 'Life was a fantasy when mom Sridevi was around, hurts to remember the person I was back then,' says Janhvi Kapoor

Khushi, on the other hand, took to her Instagram stories to share a picture of herself with her mother. In the old picture, Sridevi is seen kissing Khushi on her cheeks while the two are dressed in traditional outfits.

Boney Kapoor and Sridevi got married in 1996. Their first daughter Janhvi was born in 1997 and Khushi in 2000.