Advertisement
HomeBOLLYWOODENTERTAINMENT NEWSIf we get the right script and he says yes: Aamir Khan on plans to direct son Junaid Khan

If we get the right script and he says yes: Aamir Khan on plans to direct son Junaid Khan 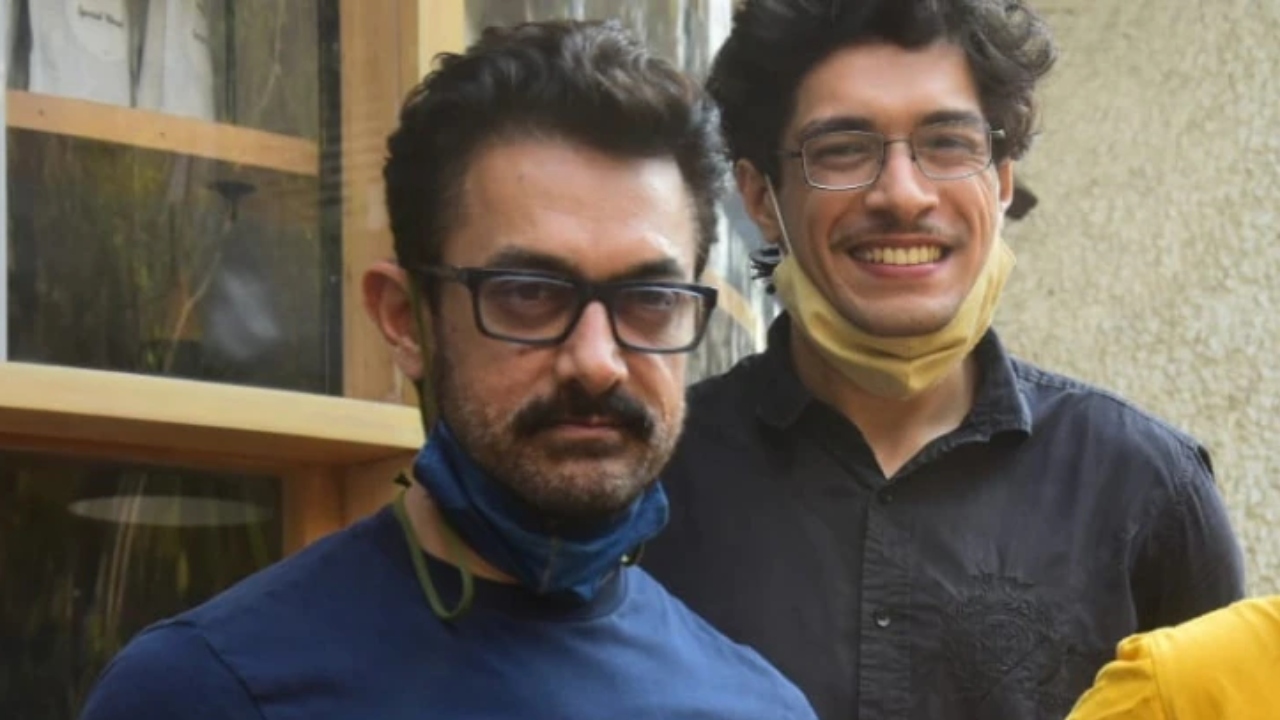 Aamir Khan's son Junaid Khan is an aspiring actor. He has been chosen to play the lead role in Yash Raj Films' yet-to-be-announced film, tentatively titled Maharaja. During an interaction with the media for his upcoming film Laal Singh Chaddha, Aamir showered praise on his son.

When asked whether he plans to direct or produce a film starring Junaid, Aamir told PeepingMoon.com, "I haven't thought of it. Let's see if we get a script that suits him and if he says yes. He is an independent guy and that's how I like it. He should make his own decisions."

A while ago, there were reports that Junaid will be starring in Aamir Khan Productions’ Pritam Pyare. However, PeepingMoon.com exclusively informed the readers that the speculation is untrue. "Pritam Pyare is a quirky small-town story about two brothers, Pritam and Pyare. Junaid is not a part of the cast, as rumoured in the media. It’s a small film with a big heart and an influential cameo by Aamir. He shot for his special appearance during the film’s Rajasthan schedule last month. The film is currently being shot in a Mumbai studio and will be wrapped up by this month-end," a source close to the development told us.

During the media interaction, Aamir revealed why he wanted Junaid to play the character of Laal Singh Chaddha in the official Hindi remake of Forrest Gump. "When we were making Laal Singh Chaddha, my son Junaid Khan had gone to LA to study theatre at The American Academy of Dramatic Arts. After studying and working for a year, he came back to Mumbai. Around that time, we were prepping for Laal Singh Chaddha. I had told Advait that yeh mushkil film hai. While you did a great job with Secret Superstar, this is a tricky film and I cannot hand it over to you as a director until you show me a test. I told him to shoot 6-7 scenes and I selected the tough ones. I asked him to make his own crew and show me the final output. He agreed and that's when Junaid returned home. I wanted Advait to do the test without me. I told him to take Junaid and do it. Dono ka test ho jayega," Aamir told.

He further added, "After 2 weeks of preparation, they shot the test scenes. Kiran Rao (former wife of Aamir) and I saw those scenes first. We were blown because his performance was too good. He was Laal. After watching him, I felt main Laal ko his dekh raha hu. Mera toh chance gaya because I cannot play Laal if I am seeing someone playing the character."