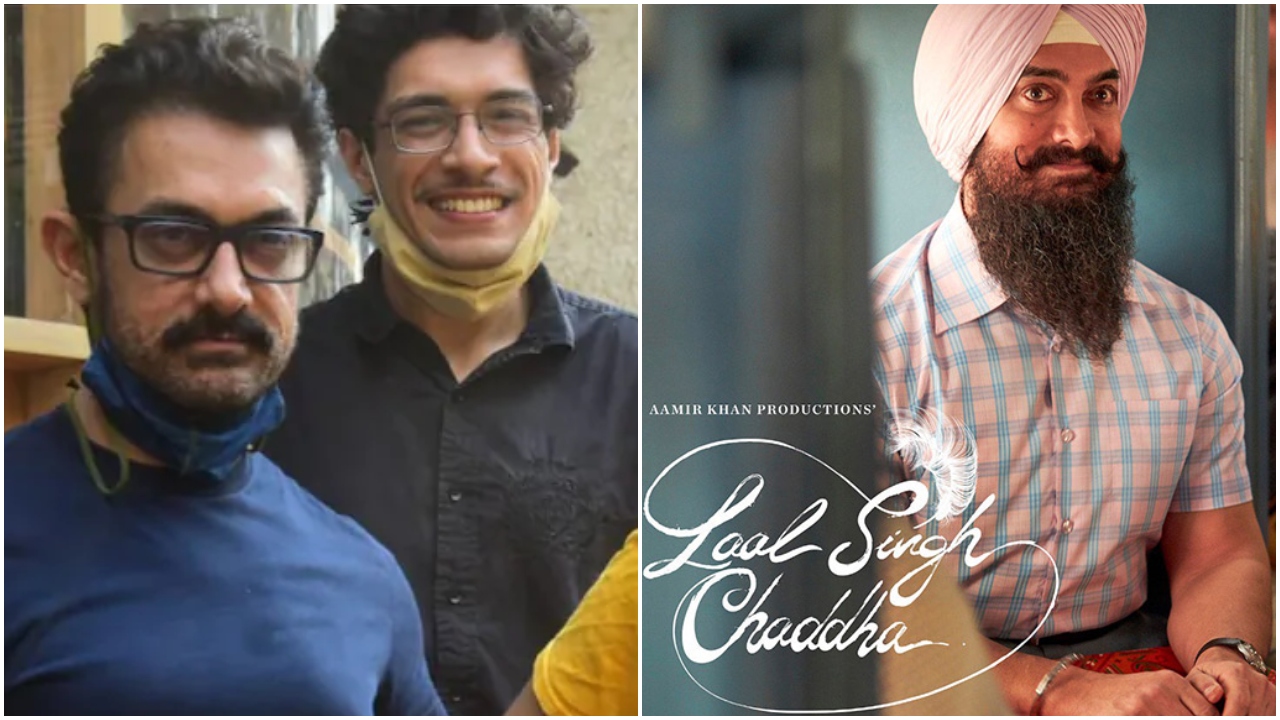 Aamir Khan is headlining the upcoming film Laal Singh Chaddha with Kareena Kapoor Khan. During a media interaction ahead of its release, the actor opened up about why he wanted his son Junaid Khan to play the titular role. The official Hindi remake of Forrest Gump is directed by Advait Chandan. While revealing whether he drew inspiration from Tom Hanks for Laal Singh Chaddha, Aamir went on to narrate an unknown story.

"When we were making Laal Singh Chaddha, my son Junaid Khan had gone to LA to study theatre at The American Academy of Dramatic Arts. After studying and working for a year, he came back to Mumbai. Around that time, we were prepping for Laal Singh Chaddha. I had told Advait that yeh mushkil film hai. While you did a great job with Secret Superstar, this is a tricky film and I cannot hand it over to you as a director until you show me a test. I told him to shoot 6-7 scenes and I selected the tough ones. I asked him to make his own crew and show me the final output. He agreed and that's when Junaid returned home. I wanted Advait to do the test without me. I told him to take Junaid and do it. Dono ka test ho jayega," Aamir shared.

He further added, "After 2 weeks of preparation, they shot the test scenes. Kiran Rao (former wife of Aamir) and I saw those scenes first. We were blown because his performance was too good. He was Laal. After watching him, I felt main Laal ko his dekh raha hu. Mera toh chance gaya because I cannot play Laal if I am seeing someone playing the character."

Aamir shared, "I showed the test to my close friends like Raju Hirani, Aditya Chopra, Karan Johar etc and out of 100 people, 98 felt I should take Junaid." However, Aditya and Atul Kulkarni (writer of Laal Singh Chaddha) felt Junaid, being a newcomer, might find it difficult to pull off an episodic film like Laal Singh Chaddha and advised Aamir to not sign him for the titular role.

Calling Junaid his inspiration for key scenes, the doting father said, "Voh joh 8 scenes usne kiya the na, voh key scenes the film ke. Usko dekhke mujhe sur mil gaya. In each of those scenes, there was a sur that he had picked."