On October 12, Akshay Kumar wrapped up Aanand L Rai's Raksha Bandhan in Delhi and informed his fans that he is moving on to his next film. As he is currently working on multiple projects, the Bollywood superstar has already signed another film. Titled Gorkha, the film reunites Akshay with Aanand after Raksha Bandhan and Atrangi Re.

Gorkha is said to be based on the life of the legendary officer of the Gorkha regiment of the Indian Army, Major General Ian Cardozo. The film will be directed by Sanjay Puran Singh Chauhan, who is known for his internationally acclaimed film Lahore. Akshay will dive into Gorkha in 2022 after wrapping up all his ongoing commitments.

BIG NEWS!! #AkshayKumar announces his new film — #Gorkha, based on the life of the legendary officer of the Gorkha regiment of the Indian Army, Major General #IanCardozo... #Lahore fame @sanjaypchauhan will direct the film, produced by @aanandlrai... Goes on floors next year!

Recommended Read: 'There was a bittersweet tinge of sadness,' says Akshay Kumar as he wraps Aanand L Rai's Raksha Bandhan in Delhi 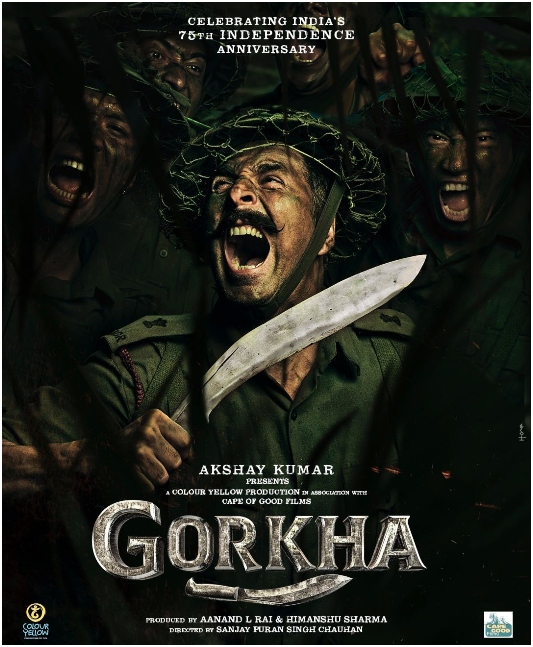 Major General Ian Cardozo is a former Indian Army officer. He was the first war-disabled officer of the Indian Army to command a battalion and a brigade. He is an amputee due to a war injury. Popularly known as Cartoos sahib by his Gorkha regiment, he has authored many books on the history of the Indian military like Param Vir: Our Heroes in Battle, The Indian Army: A Brief History, 1971 - Stories of Grit and Glory from the Indo-Pak War and others.