Priyanka Chopra Jonas welcomed the fall season aka autumn with a series of pictures from London, United Kingdom. However, her husband Nick Jonas is staying put in New York City, USA and is apparently missing his actress-wife. He indulged in a family dinner at PC’s restaurant Sona which she co-owns.

Nick took to Instagram stories and shared a picture of the tasting menu at Sona, the New York City restaurant co-owned by Priyanka. The message at the top of the menu reads, “Remember This family dinner.” Nick appears to be seated at the private dining area of the restaurant which is named Mimi’s on Priyanka’s nickname. 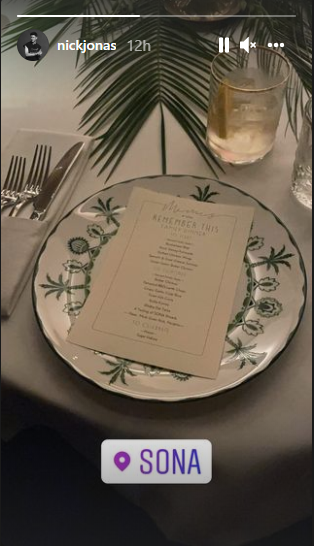 RECOMMENDED READ: Priyanka Chopra Jonas wishes 'love of her life' Nick Jonas on his 29th birthday with a mushy picture 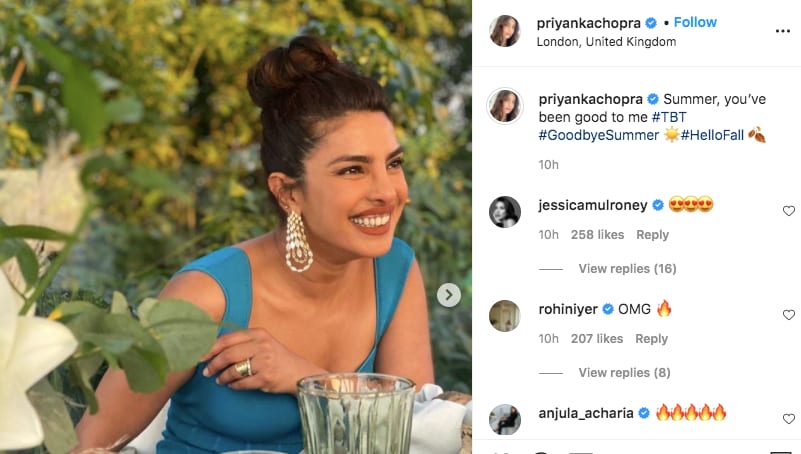 On the other hand, Priyanka shared her fall pictures with the caption, "Summer, you’ve been good to me #TBT #GoodbyeSummer #HelloFall."