Veteran Bollywood actress of yesteryears, Saira Banu who suffered from a heart problem called ischemia, was admitted to Hinduja Hospital for the treatment but is said to be stable now and has been discharged.  Saira Banu, 77, - the widow of legendary actor, the late Yusuf Khan alias Dilip Kumar - was rushed to the ICU of the hospital in Khar, last week.

"Saira ji is doing well. She's discharged and is back home. Resting. Thank you for your prayers," family friend Faisal Farooqui told PTI. According to eminent cardiologist Dr Nitin S. Gokhale who is attending on her, the left ventricle in her heart had stopped functioning and led to ingress of water in her heart and lungs. Saira Banu's health sparked concerns on social media with many praying and wishing for her speedy recovery and early discharge from the hospital. 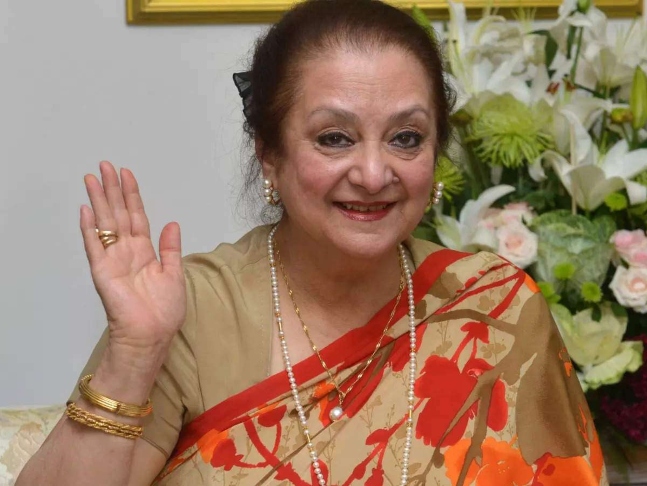 Recommended Read: Veteran actress Saira Banu not battling depression, confirms doctor; actress to be discharged in a day or two

Starting her acting career as a teen in 1961 with the film Junglee, she went on to become one of the topmost heroines in the 1960s-1970s era, working with the leading actors of the day and starring in the biggest films.

In the past few years, she earned legions of admirers for the manner in which she stood by and cared for her husband Dilip Kumar who was ailing for several years before he passed away on July 7 aged 98.