After a roaring response for Masaba Masaba, Ashvini Yardi is gearing up for the second season of her show as they film in Kashmir. As the filmmaker shoots for her upcoming show, Ashvini met Manoj Sinha, the Lieutenant Governor of Jammu and Kashmir to discuss the scope and future of movies, web series and shows in Kashmir. Kashmir is undoubtedly one of the most beautiful locations to shoot, not just in India but also across the globe. In order to promote the scenic beauty and tourism of the region, authorities of Jammu and Kashmir have been encouraging filmmakers to shoot in the 'Paradise on Earth'.

Recently, Manoj Sinha launched Jammu & Kashmir’s Film Policy-2021 in Srinagar in the presence of actor Aamir Khan, filmmaker Rajkumar Hirani, and producer Mahaveer Jain. Discussing the provisions and scope of the same in detail, Ashvini Yardi met the Lt. Governor while on her visit to Kashmir. 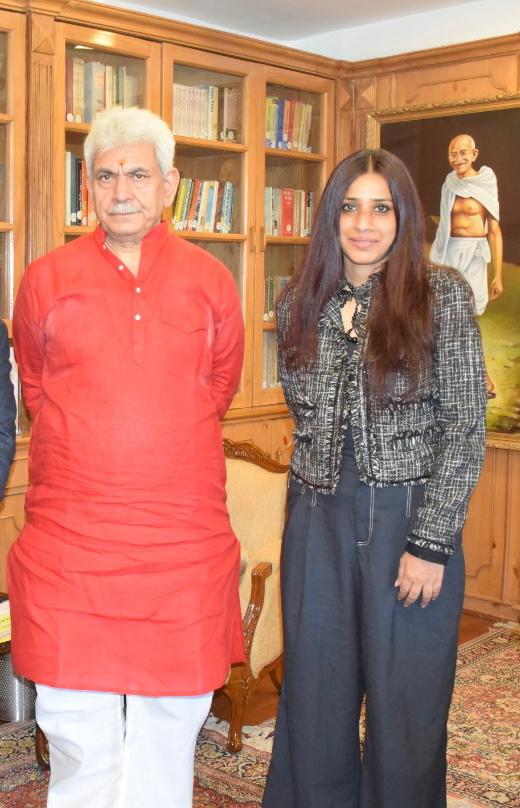 Shedding light on the meeting, Ashvini Yardi shares, "I had the honour of meeting the respected Lieutenant Governor of Jammu and Kashmir at the Raj Bhavan of Srinagar on his invitation. It was an extremely enriching experience to discuss many important issues like shooting of films, serials, webseries and promotion of the film industry in Kashmir. With the inclusion of the new policy, we have opened new avenues for the scope and future of our entertainment industry also allowing an impetus to the tourism industry of Kashmir. I am glad to be a part of this new change."

Venturing into diverse avenues, Ashvini Yardi is touted as the creator extraordinaire. Backing the one of its kind show Masaba Masaba in 2020, Ashvini Yardi became the catalyst to propagate the voice of women strength battling varied issues from marital problems to ageism as well as body shaming.

There is immense excitement to witness the second season of the show featuring the real-life mother-daughter Neena and Masaba Gupta.