The Indian Olympic contingent has been impressing with their feat at the ongoing Tokyo Olympics 2020 with their performance. After Mirabai Chanu and PV Sindhu clinched the bronze medals in Weightlifting and Badminton respectively, now boxer Lovlina Borgohain made everyone proud by winning the bronze medal in the women's welterweight category (64-69 kg).

Several Bollywood celebs like Alia Bhatt, Varun Dhawan, Taapsee Pannu, Abhishek Bachchan, Yami Gautam, Randeep Hooda and others took to social media to congratulate the athlete on her feat. Check out their posts below: 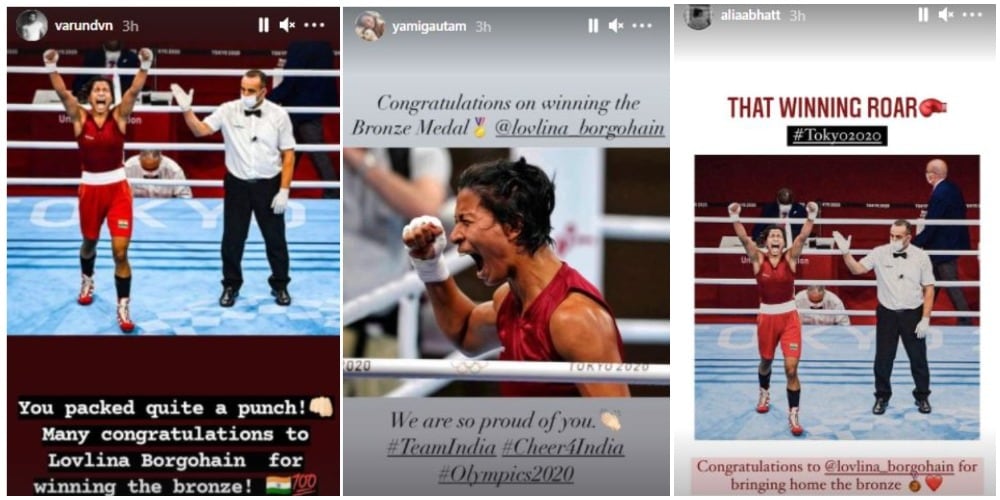 3 medals 3 females ! @LovlinaBorgohai you are a star and a very aggressive one ! https://t.co/3Nly6NhWM8

Congratulations @LovlinaBorgohai on bringing home bronze at your debut Olympics! We're all so proud of you #TokyoOlympics @WeAreTeamIndia pic.twitter.com/NG0EqQ0Q5H

Super achievement #Lovlina .. the whole country is proud of you for bringing in the bronze #boxing #Olympics2020 #Olympics pic.twitter.com/9MwTlAE8Nz