Himesh Reshammiya, the bonafide rockstar and India's very own superhit machine celebrates his birthday today and treats his fans to an exciting affair! The singer-composer has just released his much-anticipated song, Terii Umeed by Pawandeep and Arunita from the album Himesh Ke Dil Se and has hit the ball out of the park!

The romantic song is sung by the uber-talented singers. Terii Umeed is sure to hit all the right notes. Pawandeep and Arunita's last song from his music label left music lovers from across the globe wanting more and Himesh Reshammiya certainly lived up to their expectations. The song is a studio version which features the singers in its video and we are in love with it! 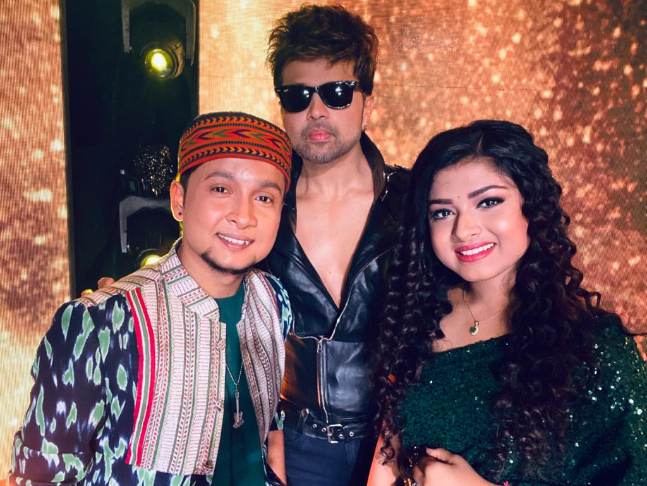 Recommended Read: Himesh Reshammiya to launch Indian Idol 12 singers Pawandeep and Arunita in the first song of his new album ‘Moods With Melodies’

"Pawandeep and Arunita have sung this song like veterans as compared to being fresh talent. Each note that I have composed in Terii Umeed has been perfectly rendered by them and after the superhit success of Tere Bagairr I just knew that another composition with them will be ideal. Terii Umeed explores their soulful voices in a very different range and shows their versatility. I am confident that each and every music lover of all genres will love this song!" said Himesh on the release of the song.