For Neetu Kapoor (née Singh), her children and family mean the world. Called the Iron Lady of the Kapoor family, Neetu stood like a strong pillar in tough times and sailed through several storms with a smile on her face. Today, as she celebrates her birthday, her family made sure she has the best day of the year. Neetu's children, Riddhima Kapoor Sahni and Ranbir Kapoor, organised a dinner party at their residence in Mumbai.

Riddhima, who stays in Delhi with her husband Bharat Sahni and daughter Samara Sahni, is in Mumbai with her mother currently. The entrepreneur shared pictures from Neetu's midnight birthday party on her Instagram stories. Wishing her beautiful Ma, Riddhima shared a selfie with Neetu and Ranbir. She wrote, "Me & mine! Happiest bday Ma! We love you so much ♥" 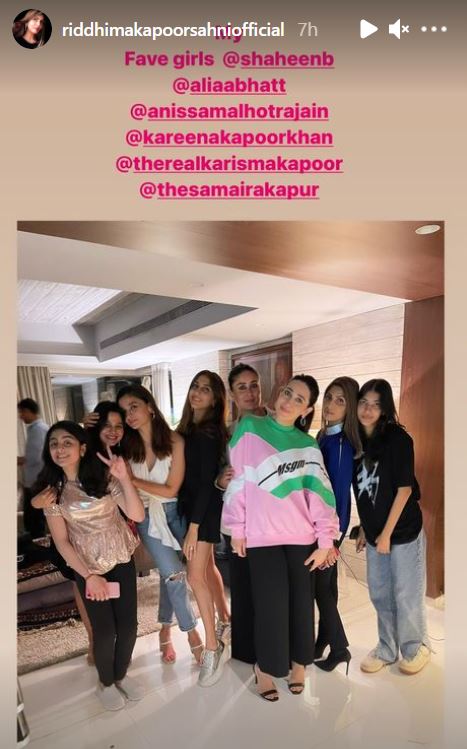 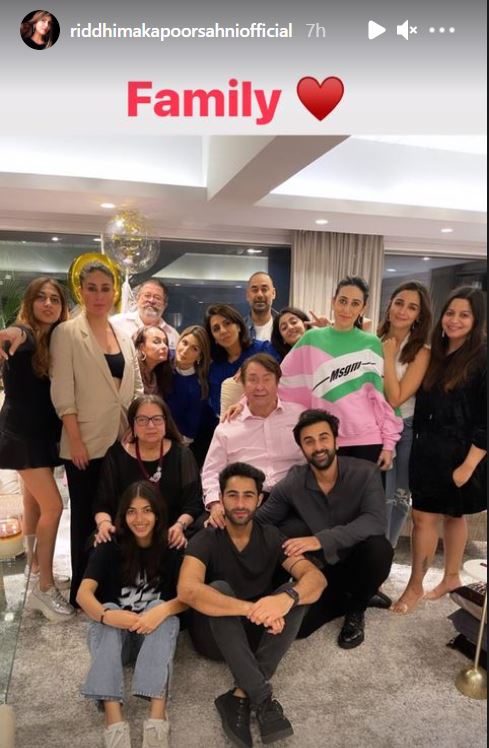 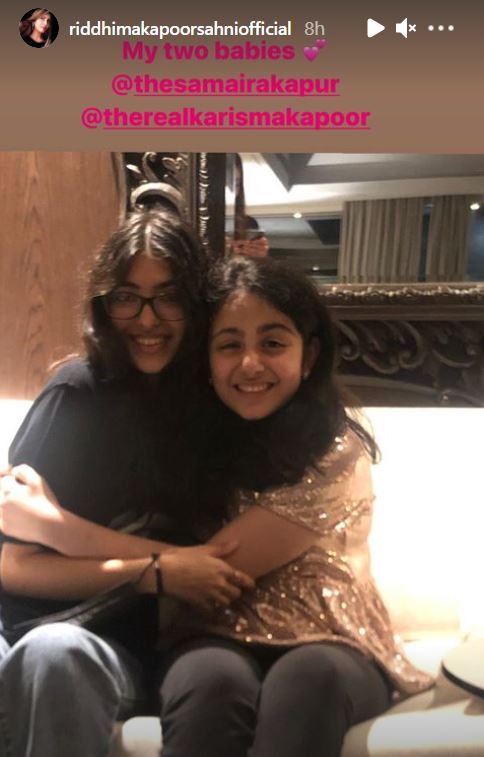 Riddhima posed for a beautiful picture with her cousins Karisma and Kareena. 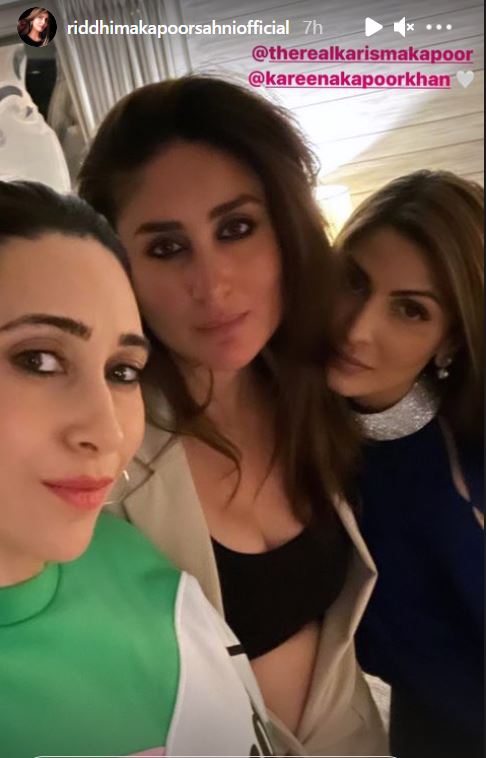