On Saturday, a story of actor-philanthropist Sonu Sood buying a Rs 3 crore high-end car for his elder son Eshaan Sood, who recently turned 18, went viral on the internet. The report claimed Sonu had gifted his son the luxury car on Father’s Day. However, the actor has now come forward to refute the claims.

He told a Bollywood website, "There is no truth to this. I haven’t bought a car for my son. The car was brought to our home for a trial. We went on a test run. But that’s it. We didn’t buy the car." Sonu wondered where the Father’s Day angle came from. He added, “Why would I give my son a car on Father’s Day? Shouldn’t he be giving me something? After all, it's my day!" 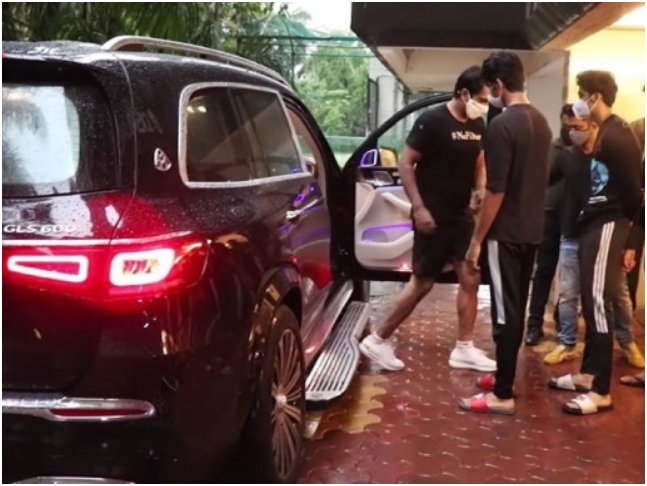 The actor further added that the best Father's Day gift would be to spend time with his sons as he hardly gets to do so. He added, "Spending the day together is a luxury that I  think I’ve earned myself."

For the unversed, a day before Father's Day on June 20, a video went viral on the internet, claiming that Sonu had allegedly gifted a Rs 3 crore swanky car to his. It was being reported that the actor had gifted his son Ishant Sood a newly launched Mercedes-Maybach GLS600 in black colour. In the viral video, the actor was seen taking his children out for a drive while it was raining outside.