Kriti Sanon is all set to share screen space once again with her Dilwale co-star Varun Dhawan in Amar Kauushik's monster-comedy Bhediya. The actress, who recently wrapped the Arunachal Pradesh schedule of the film's shoot, talked about how Varun has changed after his marriage to designer Natasha Dalal.

Speaking to a leading daily, Kriti spoke about teaming up with Varun once again and also revealed how he has changed since his wedding to fashion designer Natasha Dalal. Kriti said that Varun has become more mature. "It’s been six years since we worked together. I think both of us have grown as actors and individuals. He is married now, but he is still the same, only a little more mature than before (laughs!). Bhediya, which is a monster-comedy, is drastically different from what we did in our last project, so it is great fun,” she said. 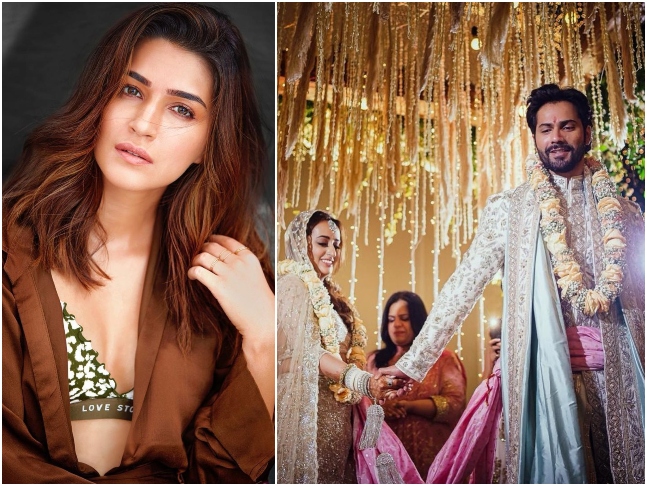 Varun and Natasha tied the knot on January 24 at Alibaug’s luxurious resort The Mansion House. The wedding was a strictly private affair with about 50 guests present in the ceremony. Select friends from the film industry including Karan Johar, Zoa Morani, Kunal Kohli, Manish Malhotra and Shashank Khaitan, amongst others, were present at the event.