Priyanka Chopra Jonas reveals she spied on husband Nick Jonas when he took her mother for lunch alone, says 'sent my security to take pictures'

Priyanka Chopra Jonas and Nick Jonas are couple goals for many youngsters. Ever since they got married in 2018, fans aren't able to stop gushing over them. Now, during an appearance on The Morning Show to promote her memoir, Unfinished, Priyanka revealed that she has a 'bit of a control issue' and found it strange when Nick took her mother Madhu Chopra out alone when they were just a few weeks into their relationship. So switching on to her Quantico mode, Priyanka sent her security to click pictures so that she could study their body language.

"For people who do know me, I have a little bit of a control issue. I like to control the circumstances around me. I was very curious. I had a meeting. I was like, ‘Babe, what are you going to do? I have a meeting.’ He says, ‘Don’t worry about me. I am in Mumbai. I am going to take your mom out for lunch.’ That was just so strange to me because this was like a couple of weeks of us dating and my mom and him alone, you know. So I sent my security to take pictures, so that I could study their body language (laughs)," Priyanka told. 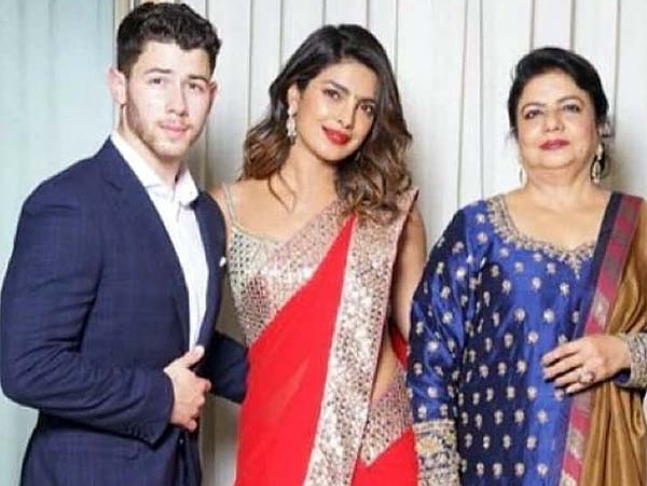 Recommended Read: Unfinished: Priyanka Chopra Jonas reveals a director wanted her to show her panties in a seductive song; here's when Salman Khan came to her rescue

Priyanka and Nick were formally engaged in Mumbai on August 18, 2018, with family members in attendance. On December 1 and 2, 2018, they got married according to Hindu and Christian rituals at Umaid Bhawan Palace in Jodhpur, Rajasthan.