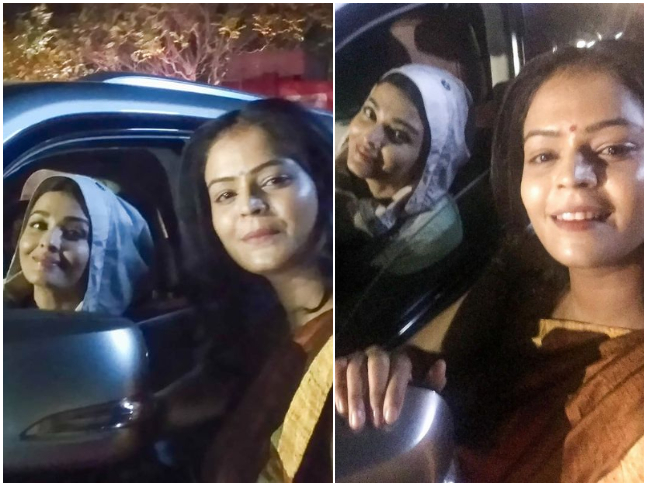 Aishwarya Rai Bachchan was recently spotted post the shooting for her upcoming film Ponniyin Selvan. The film is a period drama and is being directed by Mani Ratnam in Hyderabad. The actress obliged a fan who also happens to be an actress on the film and posed for pictures with her. In the photos, Aishwarya can be seen inside a car while her fan clicks a selfie.

The photos were clicked right after Aishwarya got free with the shooting of Ponniyin Selvan. In the photos, she is seen wearing a grey hoodie and flashing her dazzling smile at the camera. Arushima Varshney, who clicked the picture is also a part of Ponniyin Selvan. She shared the picture with the caption, “I couldn't take my eyes off of you on the set @aishwaryaraibachchan_arb mam #aftershoot #ponniyinselvan #movie #aishwaryarai #ramojifilmcity #delighted #beyourself #lovemywork @aishwaryaxx #aishwaryaraifans.”

The photo is going viral on the internet. Earlier this month, Aishwarya reached Hyderabad with her husband Abhishek Bachchan and daughter Aaradhya Bachchan. It was the first time the actress and her family had stepped out of Mumbai since the first of the coronavirus lockdown was announced in March last year.

Ponniyin Selvan boasts of a stellar star cast. It also features Chiyaan Vikram, Trisha, Jayam Ravi, Karthi, Sobhita Dhulipala and Aishwarya Lekshmi in pivotal roles. It is based on Kalki Krishnamurthy’s period fictional novel of the same name and will be made in two parts.