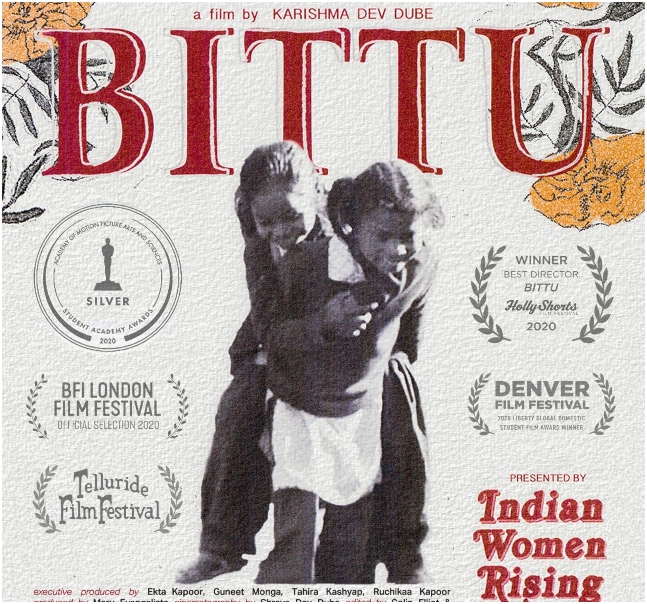 Recommended Read: Nikhil Dwivedi announces his next project '1971' based on India's most emphatic victory against Pakistan

Directed by Karishma Dev Dube, a past Dean’s fellow from NYU, the unreleased 'Bittu' has bagged the honour of the 47th 'Student Academy Award' and is now set to run the race for the Oscar for Short Film Category.

Backing the film as its first project under the initiative of 'Indian Women Rising', Ekta Kapoor, Guneet Monga and Tahira Kashyap Khurrana have pledged to empower this story presented by a strong team of women comprising of Karishma Dev Dube as the director, Shreya Dev Dube as the cinematographer and Mary Evangelista as the producer.