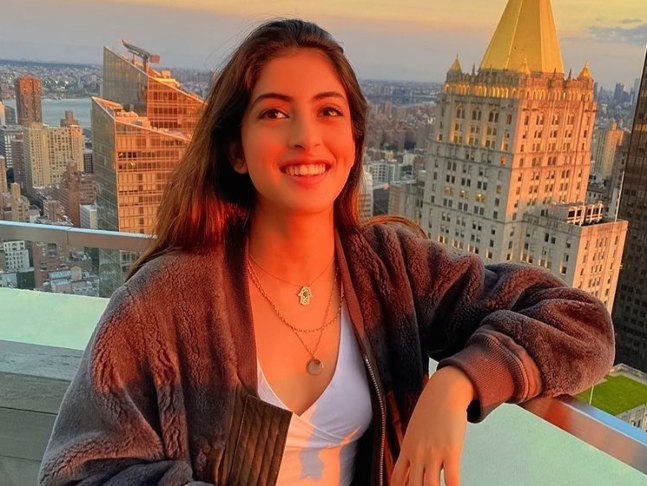 Amitabh Bachchan and Jaya Bachchan's granddaughter Navya Naveli Nanda has kept her personal life under a tight wrap. However, now, she has allowed people into her world by making her Instagram account public. The daughter of Shweta Bachchan Nanda and Nikhil Nanda, Navya is an entrepreneur.

Navya, who has garnered 82k followers on her Instagram account, has shared a range of pictures. Be it cuddly pictures with her nana Amitabh or sharing the frame with her most favorite 'human being' Jaya, Navya's profile shows how attached she is to her family. Her brother Agastya Nanda also appeared in a few posts shared by her.

Navya, after graduating from Fordham University, launched a virtual healthcare platform with her friends named Aara Health. In September, she opened up about suffering from anxiety and taking therapy for the same. Rumour has it that Navya is dating Jaaved Jaaferi's son, actor Meezaan.