Our Bollywood celebs are keeping their fans engaged either with big film announcements, resuming shoots or taking to their social media to post interesting and engaging content. Here’s what’s making headlines today. 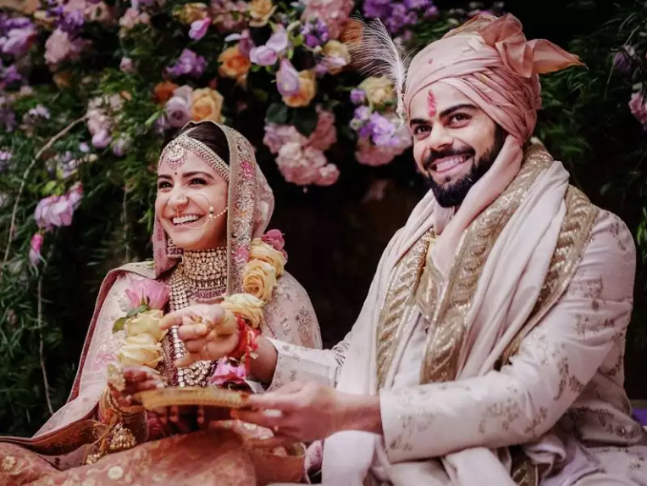 Anushka Sharma and Virat Kohli tied the knot three years ago but the full version of the song that featured in their wedding video is out now. The couple got married in December 2017, but it was only a year later that a video from their wedding was unveiled. Back then, the video got viral and fans got hooked to its background song and asked for the full version. The love ballad, Peer vi tu, has been performed by Harshdeep Kaur and Mohan Kannan.

"Peer vi tu is a song that every person who has been in love can relate to. It encompasses the purity of divine love. The teaser of this song released two years ago and went viral overnight. Since then I've been getting requests from music lovers to release the full song. This song holds a very special place in my heart and it's a beautiful coincidence that I recorded it the same day I recorded Dilbaro from Raazi. I am glad that it's finally released." said Harshdeep. It is the first single from the upcoming album of wedding songs created by Vishal Punjabi of The Wedding Filmer, who shot the marriage ceremony. "We wanted to create a Sufi love song for a wedding, and 'Peer Vi Tu' makes for the perfect background song to have at weddings. It's filled with emotions and drama," said Vishal. 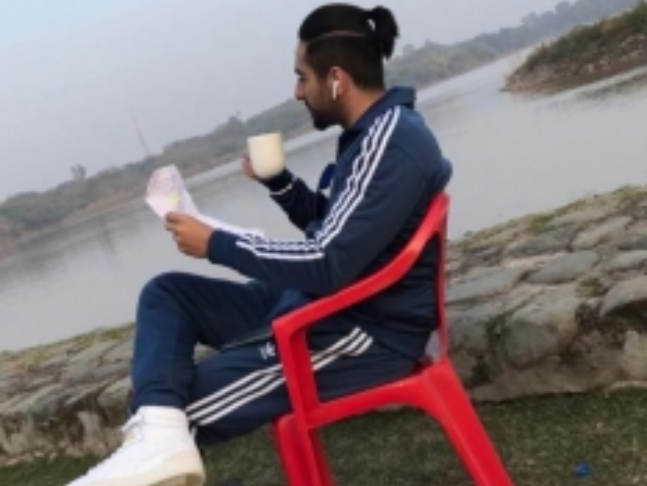 Ayushmann Khurrana shared a snapshot for the outdoor location of his upcoming romantic drama, Chandigarh Kare Aashiqui, on social media. Ayushmann is currently shooting for the Abhishek Kapoor directorial in North India. In the picture the actor shared on Instagram Story, he is seen sitting on a red plastic chair and reading his lines, in a blue track suit and sports shoes. 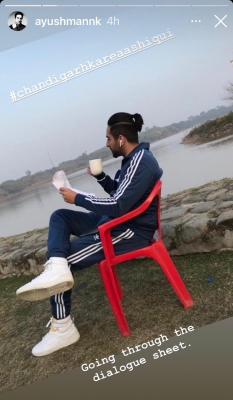 What catches your attention is his hairdo. The actor wears his hair close-cropped on the sides and at the back of his head, while on top of the head his hair has been tied in a tiny ponytail. He completes his get-up with designer stubble. Seated on the banks of a water body, Ayushmann is seen enjoying his cuppa. "Going through the dialogue sheet #chandigarhkareaashiqui," he wrote on the picture. Ayushmann plays an athlete in the film that also stars Vaani Kapoor.

Abhishek Bachchan’s cyber spat with netizen who called him ‘slow’ 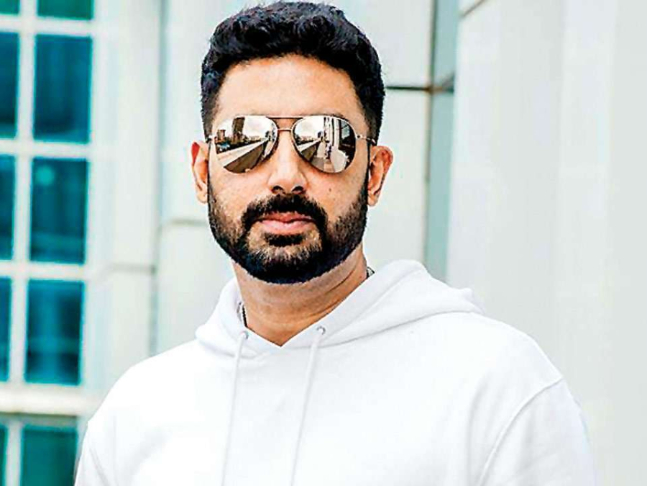 Abhishek Bachchan had a verbal exchange with a netizen who called him slow, suggesting he should work hard and improve his speed. "Bhai..It's always good to appreciate people who are setting good example for the community. The one who couldn't they didn't get appreciated.. Simple formula. I understand you are slow that's why you may be feeling bad. Work hard and become fast," tweeted the user, tagging Abhishek Bachchan. Replying to the user, Abhishek listed all that he has done this year professionally. "Mr. Prabhakar. During this pandemic, I completed a web series, a documentary and finished three films. Released and promoted the web series, 1 movie and the documentary too. I don't think speed is my problem, neither intent," the actor wrote from his verified account.

It all began on Wednesday when Abhishek Bachchan responded to a tweet by film exhibitor Akshaye Rathi praising Bollywood superstar Akshay Kumar while taking a tacit dig at other actors of the industry. "Amazing how @akshaykumar finishes off the shoot of an entire film in the amount of time that other stars take to learn a skill which they need to act out in a small scene or so! And more often than not, his film turns out to be the bigger hit! More actors need to ‘plan' better!" Rathi had tweeted from his verified account on Wednesday. 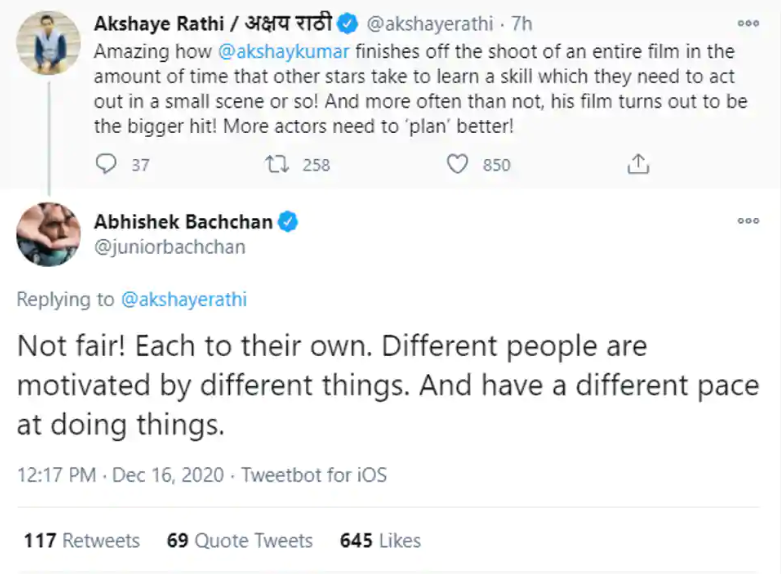 To this, Abhishek had replied: "Not fair! Each to their own. Different people are motivated by different things. And have a different pace at doing things." The exhibitor replied saying actors and filmmakers need to push the tempo as more work has to be generated. To this, Abhishek replied, "Good work begets more work! Cannot be making films form just the sake of making films. In the long run you will end up doing more damage to the industry. It's a bit of a catch 22."

After Abhishek Bachchan became a target of social media attack over the discussion, exhibitor Rathi finally came out in his support: "And for those of you who are trying to verbally heckle him for his opinion and work - I can say without an iota of doubt that he is among the most well-meaning, hard working & nicest people in the entertainment industry. I always have and always will cheer for him! @juniorbachchan.” 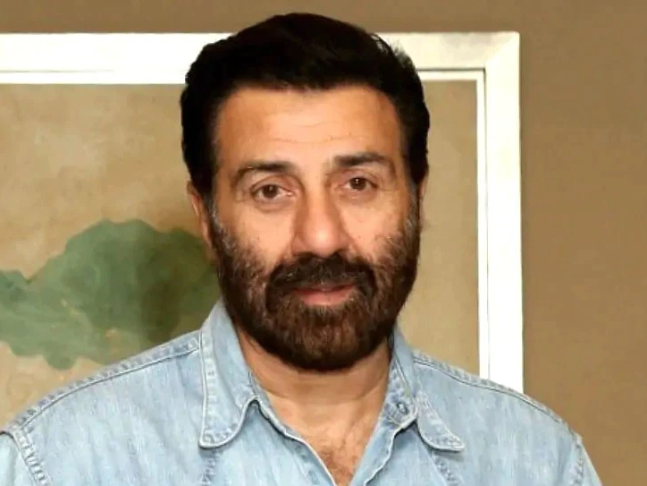 Sunny Deol has dismissed reports that he was given Y-category security by the government after he expressed his views on the ongoing farmers’ protest. He clarified and said that he has been accorded this security since July and any attempt to link this with the ongoing agitation is false.

Tweeting in Hindi, he wrote, “Since yesterday, there have been some inaccurate media reports that I have recently received Y-category security. I have been provided this security since July 2020. An attempt has been made to link this security provision to the ongoing farmers’ protest which is wrong.” He added, “I request my media colleagues to verify the facts before publishing any news.”