R Madhavan to play Ratan Tata in his biopic? The actor sets the record straight! 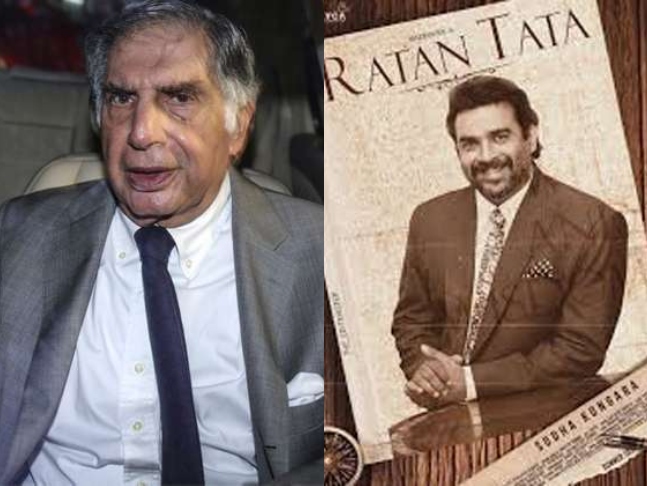 R Madhavan isn't just a charming actor but a powerhouse of talent. The Tanu Weds Manu actor, who was last seen in Amazon Prime's Nishabdham, enjoys a massive fan following in Hindi and South cinema. Recently, one of Madhavan's fans made a poster of him that suggested he will be playing Ratan Tata in a biopic. Netizens, on Twitter, asked Madhavan about the same and the actor set the record straight.

Hey unfortunately it’s not true. It was just a wish at some fans will made the poster. No such project is even on the pipeline or being discussed. https://t.co/z6dZfvOQmO

Workwise, Madhavan will be seen in former scientist and aerospace engineer of the Indian Space Research Organisation, Nambi Narayan's biopic titled Rocketry: The Nambi Effect. The film will also see Shah Rukh Khan in a cameo.