Advertisement
HomeBOLLYWOODENTERTAINMENT NEWSMy mother told me that at the ripe old age of 30, I might not have a career: Priyanka Chopra Jonas on what inspired her to turn producer

My mother told me that at the ripe old age of 30, I might not have a career: Priyanka Chopra Jonas on what inspired her to turn producer

Priyanka Chopra Jonas has made a name for herself not only in India but also globally. A few years ago, the actress had started her own production house called Purple Pebble Pictures which has primarily produced regional films and won National Awards as well. At a summit recently, Priyanka spoke about her decision to turn producer and what inspired her to take up the role.

During her virtual interaction, where she was joined by her husband Nick Jonas spoke about her production house and said, “When I joined the film industry (and that goes for both, in America and in India), there is always opportunity for the big guns, who have been established. It takes a really long time for writing, directing, production, acting talent to be able to get through the doors. My company was all about giving opportunities to smaller, more quaint stories and that’s how the regional cinema thing started.” 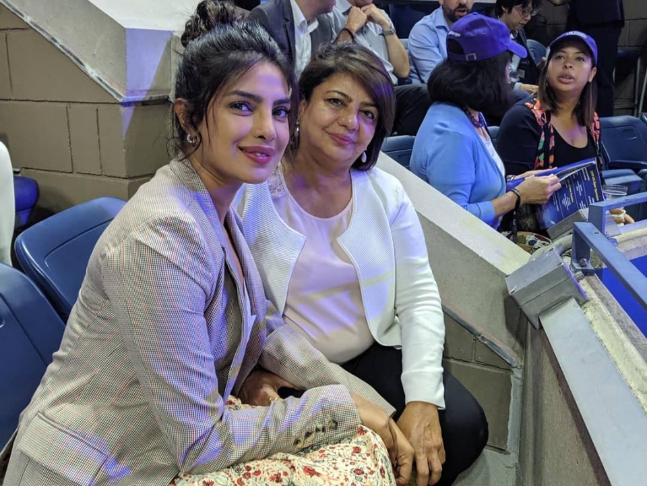 RECOMMENDED READ: Moonwalk: Priyanka Chopra Jonas spices things up with her feisty plunge; Rahul Khanna is our man-crush for the week

She further continued and said, “And also my mother told me that when I turn 30, at the ripe old age of 30, I might not have a career very soon. So I was like, ‘You’re right’. We started the company and today in both countries, multiple languages, across multiple mediums. My greatest joy with Purple Pebble is being able to create an all South-Asian cast, movies and TV shows in Hollywood. We haven’t seen that very often. It is really my quest to try and influx Hollywood with Indian talent, as much as I can.”

Priyanka also spoke about the future of cinema and the advent of the OTT platforms and said, “In India, we tend to think that streaming services are second best to theatres when it comes to storytelling,” she said. “I disagree with that. There is, of course, a romance and charm to having a theatrical release, but there is an absolute necessity to having streaming services.”