Advertisement
HomeBOLLYWOODENTERTAINMENT NEWSI was so dejected in life that I even tried to kill myself: Kailash Kher on facing rejections initially in the music industry

Kailash Kher is a big name in the music industry today but his journey was not easy in the beginning. In a recent interview, the singer revealed how he 'even tried to kill himself' after facing a lot of rejections.

About his journey, he saidm "The journey has been absolutely wonderful. In the beginning, nobody had confidence in me. However, that was not the point when I was broken. As I would like to say in my own words – ‘Jo toot kar bana, jise maut ne jana, wo aur kya toote, wo aur kya mare.’ I have been through a lot since my formative years. I have been through so much of rejections that I was used to it. But all this never distracted me from what I wanted to be. The zeal and madness that I had in me manifested in what I am today. it has been 15 long years now and by the grace of God, I am the youngest recipient of the Padma Shri award in the field of music. Although I received it in 2017, my first nomination for this came in 2013 when a different Government was in power." 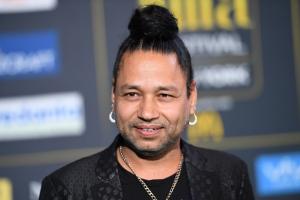 Talking about his inspiration, he said, "I had nobody and that is what influenced me. When I came to Mumbai, I faced a lot of rejections. I was so dejected in life that I even tried to kill myself. I had lost everything and had nothing else to lose and that is what inspired me."

On supporting new tatent, he said, "Every year on my birthday, I launch a new talent in an initiative named ‘Nayi Udaan’ that I have started. We nurture and groom them throughout the year. Even when people learn music, they are unaware about how to present themselves, how to perform live on stages etc. This is because there is no institution that teaches you all this"