Advertisement
HomeBOLLYWOODENTERTAINMENT NEWS‘It will be a tough balance of honesty and gloss,’ says Saif Ali Khan squashing all rumours of ‘chickening out’ of writing his autobiography

Recently, Saif Ali Khan had expressed his desire to write his autobiography and had even gone forward to sign a book deal. The book was expected to arrive sometime next year. However, soon news started coming in that the actor is contemplating ‘chickening out’ of the deal and he hasn’t even told his publishers yet. He had said that he isn’t prepared for the abuse that will come his way for being honest with his story. Media reports started buzzing about Saif backing out of the autobiography. However, now the actor has come clean and issued a statement saying that he is very much going forward with his autobiography.

Squashing all speculations, he said, “I am of course doing my autobiography. I was only thinking aloud. It will be a tough balance of honesty and gloss.” The rumours of Saif backing out started doing the rounds when in an appearance on Jacqueline Fernandez’s and Amanda Cerny’s new podcast, he said, “Someone asked me to do a book, and I might chicken out, because it’s too much work to do it properly, and then you have to be very honest as well, which probably will disturb quite a few people. Honestly, I don’t know if I am prepared to put myself through the 100% abuse that’s going to come my way.” 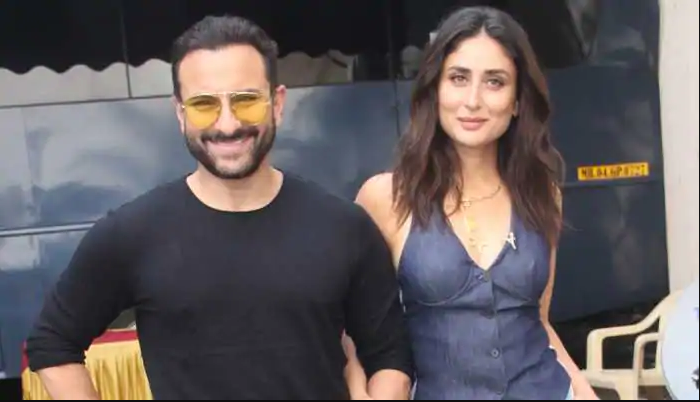 RECOMMENDED READ: Taimur will be an actor for sure, he’s entertaining us already: Saif Ali Khan on Tim joining the film industry

He had further continued, “I’m really sorry to say it, I’m going to say it, I don’t think the general audience -- and not just general -- but there will be a section of the audience that’s so negative in India that I don’t want to share my life and talk about things... Maybe I’ll do it, maybe I won’t. When I was walking today, part of the book should describe what I was feeling and thinking looking at these trees and thinking about how lucky we are to be shooting in Himachal, and it’s not really.”

Previously, Saif’s wife Kareena Kapoor Khan had said that she was worried about the book and about Saif as to what he might write. She had said in an interview, “I’m petrified for Saif. I’m scared for him, I’ve told him I am going to edit this book before you, to know what you’re going to say.”