Advertisement
HomeBOLLYWOODENTERTAINMENT NEWSTaimur will be an actor for sure, he’s entertaining us already: Saif Ali Khan on Tim joining the film industry

Saif Ali Khan has said that he would like for both his sons Taimur and Ibrahim to follow in his footsteps and join the film industry. Ibrahim is Saif and Amrita Singh’s son. Saif is also expecting his second child with wife Kareena Kapoor Khan.

Saif appeared on Jacqueline Fernandez's and Amanda Cerny’s podcast and revealed interesting facts about his sons, Taimur and Ibrahim Ali Khan. During the chat, Saif said that Ibrahim wants to be an actor and even his little one, Taimur will be an actor surely as he is entertaining everyone already. Ibrahim is Saif and his ex-wife Amrita Singh’s son while Taimur is his and Kareena Kapoor Khan’s son.

Saif said, “My sister is kind of in the movies, my wife, my ex-wife as well... So all of us. My daughter, my elder son wants to be an actor, and I think Taimur will be an actor for sure, he’s entertaining us already.” 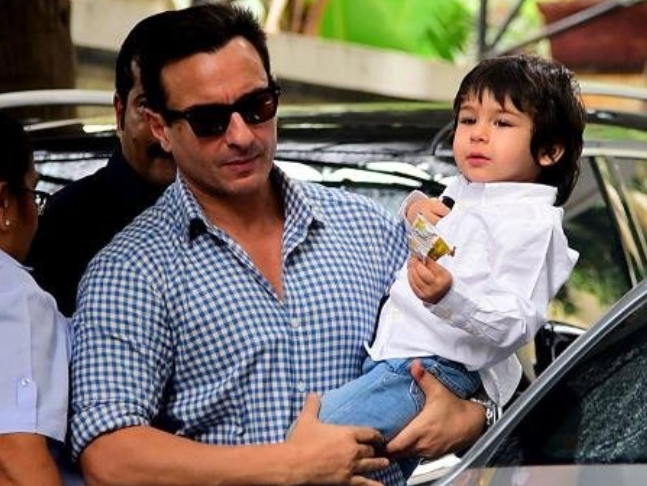 Recommended Read: Saif Ali Khan talks about son Taimur Ali Khan's popularity, says 'I’d like him to be an actor'

Amanda asked Saif to give a brief description of his family history. He shared that his mother Sharmila Tagore’s side of the family is related to Rabindranath Tagore and a long line of artists and painters. He also added that his mother has been working in films since she was 16 and she worked with Satyajit Ray a lot. He went on to say that his mother was Ray’s muse and he thought of her as the ‘ultimate female representation of his art’.

Talking about Taimur's future and his acting career, Kareena, in an earlier interview, hilariously warned Akshay Kumar saying her son is a threat to him. Joking that Taimur's film will earn more than Akshay, she said, "Akshay Kumar, Taimur is a threat to you, I am telling you. Even in your fan following he can surpass you. If you release a movie with Taimur, then his collection is going to be more than Akshay, it’s an open challenge."