Bollywood's heartthrob Ranbir Kapoor turned 38 years old today(September 28). The actor, amid the pandemic, gave grand birthday party a miss and opted for a relaxed family lunch with his mother Neetu Kapoor and sister Riddhima Kapoor Sahni. For the unversed, Ranbir's aunt Rima Jain also celebrated her birthday today. She is the mother of Armaan Jain and Aadar Jain.

Riddhima, on Instagram, shared a picture from her younger brother Ranbir's birthday lunch. She wrote, "Birthday lunch Happiest Bday Rans" In the picture shared by Riddhima, we can see Ranbir sport a rugged look. The actor is reportedly gearing up to begin the shoot of his film with Luv Ranjan co-starring Shraddha Kapoor. Riddhima, for the outing, kept it simple and chic in a denim shirt while Neetu opted for a pastel-colored outfit.

A post shared by Riddhima Kapoor Sahni (RKS) (@riddhimakapoorsahniofficial) on Sep 28, 2020 at 2:38am PDT 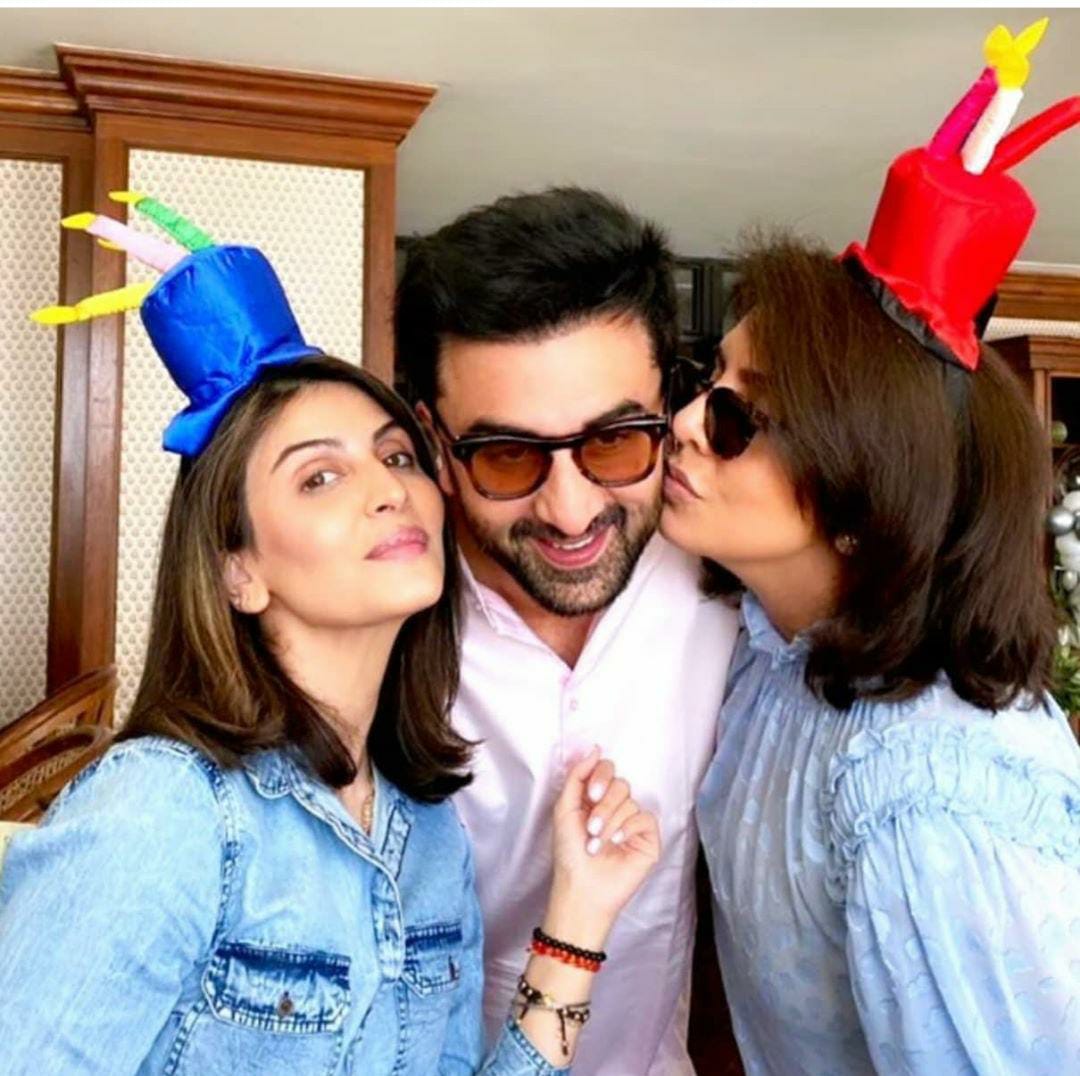 Riddhima, wishing her brother on his birthday, shared a couple of pictures with Ranbir. The actor, in one of the pictures in the collage, can be seen admiring his little niece Samara Sahni. It also features a picture of Ranbir with his girlfriend Alia Bhatt, her sister Shaheen Bhatt and Riddhima. Throwback clicks of the siblings with their father late Rishi Kapoor and mother Neetu Kapoor completed the collage. "Happiest bday AWESOMENESS! Love you so much  #mybabybrother #38andfab," she wrote.