The case was earlier registered at Rajiv Nagar Police Station, Patna vide FIR no.241/2020 dated 25-7-2020. The case was registered against six accused and others. Sushant’s girlfriend Rhea Chakraborty is the prime accused in the case. Check out the copy of FIR below: 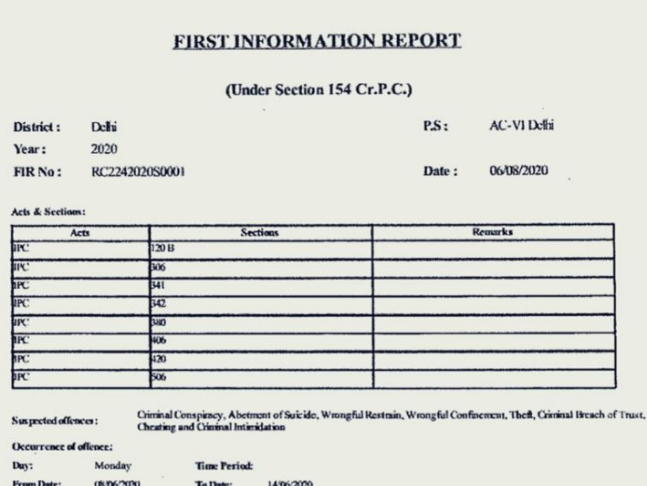 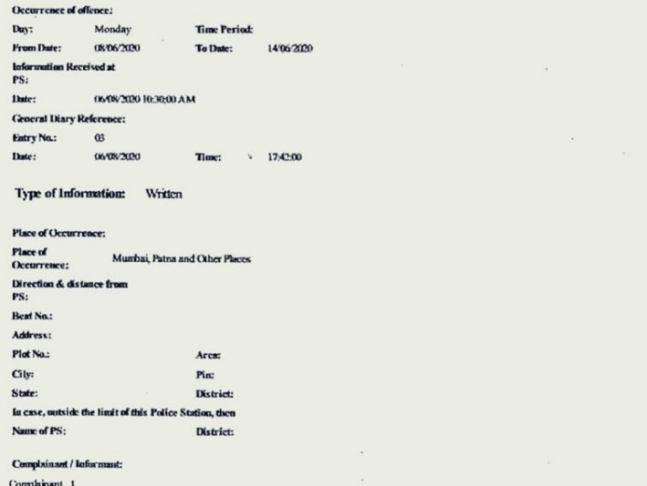 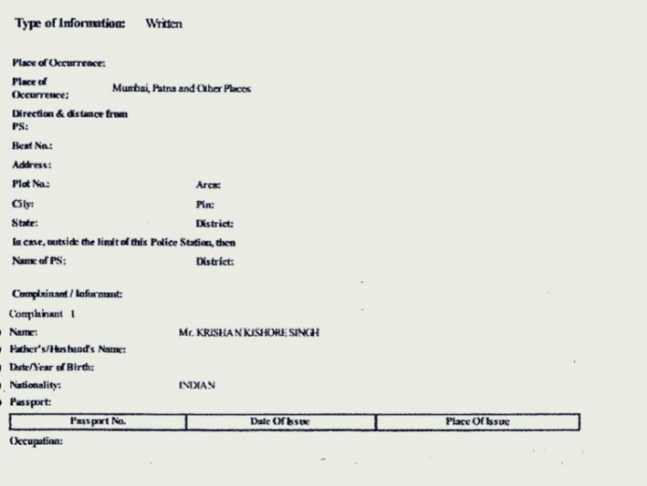 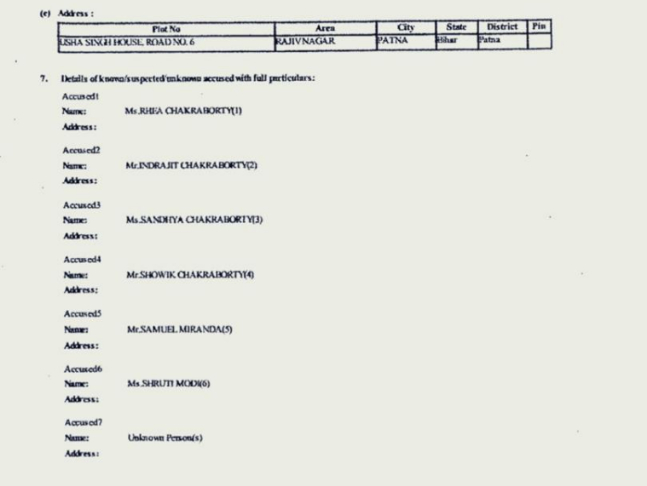 The investigation is underway.