As the title suggests Main Mulayam Singh Yadav is a biography of the former Chief Minister of UP. In M S Films and Productions' upcoming film Main Mulayam Singh Yadav, Amyth Sethi is portraying the legendary Politician himself who wrestled and found his way among the other giants. Portraying Mulayam Singh Ji as a farmer’s son, as a wrestler, as a teacher, and most importantly as a reputed politician in the debut film must be exciting and terrifying at the same time.

The film is directed by well-known Bengali director Suvendu Raj Ghosh. Occupied with the post-production work on Main Mulayam Singh Yadav, Suvendu has announced his new project already and it is titled Suroor. It is a completely different genre, a murder mystery. Talking to us, Suvendu said, "My first film was Abelay Garam Bhaat and my second was ‘Bhoy’ which was the first-ever horror film made in Bengali (within the span of 15 years). It was a challenge to make horror films especially when audiences weren’t that aware of this genre. I am glad that they not only loved the film but they also like my work as a director. After that I made Chetana  for it I received a lot of appreciation as well as the best debut director award in Dubai and India."

On 2nd Oct, 2020 the extraordinary story of a legendary man will be brought to you in your nearest theatres #MainMulayamSinghYadav gets its release date. Directed by Suvendu Raj Ghosh and Produced by MS Films & Productions @amythsethiofficial #PrernaSethiMondal #MimohChakraborty pic.twitter.com/0jehLwWMJp

Talking about Main Mulayam Singh Yadav he said, "I came across the video on which they were telling how a farmer's son, based out of a small village in Uttar Pradesh, becomes a supreme leader of his state. I was highly intrigued and inspired by it so I started reading more about Mulayam Singh Ji and the more I read, the more I was motivated to tell his story to the world through my lens. After doing thorough research for months, I went to Lucknow and met Mulayam Singh Ji and Akhilesh ji and started the work on this film." 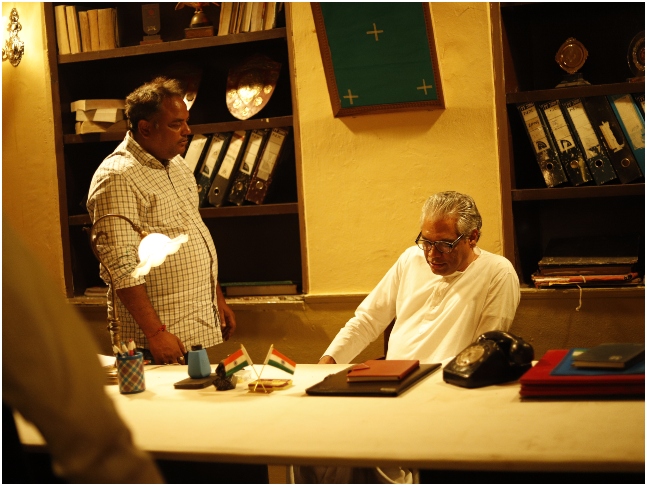 Director Suvendu Raj Ghosh and Producer Meena Sethi Mondal have come together to deliver this inspiring tale with Amyth Sethi in the lead role as Mulayam Singh Yadav. Produced by M S Films and Productions, the film is slated to release on October 2, 2020.