'We are open to the idea of an OTT release'- says Rajesh Bhatia, co-producer of Nawazuddin Siddiqui's and Tamannaah Bhatia's 'Bole Chudiyan'

As India is fighting against Coronavirus for the past two months, theatres and other public places are shut due to the nationwide lockdown. Amid this lockdown, a number of theatrical releases are either pushed ahead indefinitely or are getting a direct-to-web opening. The first two films that are all set to release on OTT platforms are Amitabh Bachchan's and Ayushmann Khurrana's Gulabo Sitabo and Vidya Balan's Shakuntala Devi. Now, as per reports, Nawazuddin Siddiqui's and Tamannaah Bhatia's Bole Chudiyan will likely join the bandwagon. According to a report in a leading daily, the film directed by Nawazuddin's brother Shamas Siddiqui might get an OTT release instead of a mainstream one.

The co-producer of Bole Chudiyan- Rajesh Bhatia, during an interview with the daily, is of the opinion that even after theatres open post the lockdown, the audience will be skeptical to step in. He further told that the team behind the film has no problem if it releases on OTT platforms. "Cinema is a great medium, but, it doesn't seem like theatres will start functioning within the next six months. We are hence open to the idea of an OTT release. If the film beams to 200 countries, we think that's a great deal for the right price," Rajesh told. 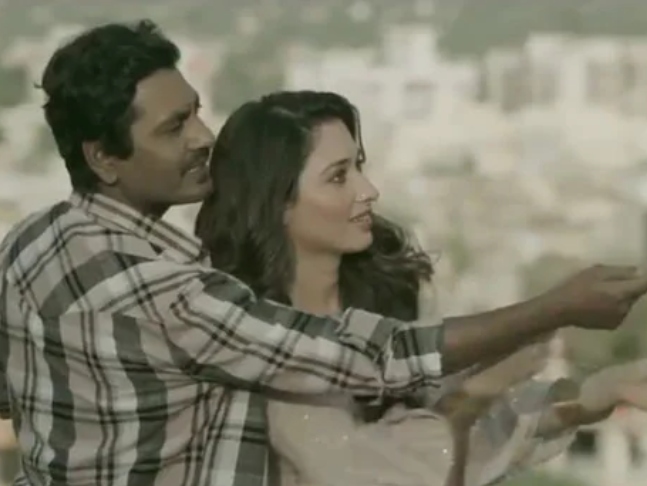 Bole Chudiyan, if everything works out, will be Nawazuddin's second OTT release in quick succession. The first will be Ghoomketu which is releasing on ZEE5 this Friday. Talking about producers and directors choosing the webspace for their films, Rajesh cited the commitment towards investors as one of the reasons for the decision. "We are responsible to our investors. We must meet a timely release, and generate revenue. Cash flow needs to be generated and directed towards forthcoming productions," he said.

Bole Chudiyan features Tamannaah as the female lead. It also stars Anurag Kashyap in a cameo appearance and South Indian actor Kabir Duhan Singh in a negative role. Bole Chudiyan is produced by Rajesh Bhatia and Kiran Bhatia. The teaser of Bole Chudiyan was released in September last year.