Ira Khan is spending her quarantine by interacting with her fans on Instagram and spending her time on the social media site. She recently did a session with her fans, where she asked them - "What are you doing this quarantine?" To which, a fan replied, "Thinking about dating Sanya Malhotra." Ira added a dash of her humour and wrote: "Get in line Sanya Malhotra. Me first." 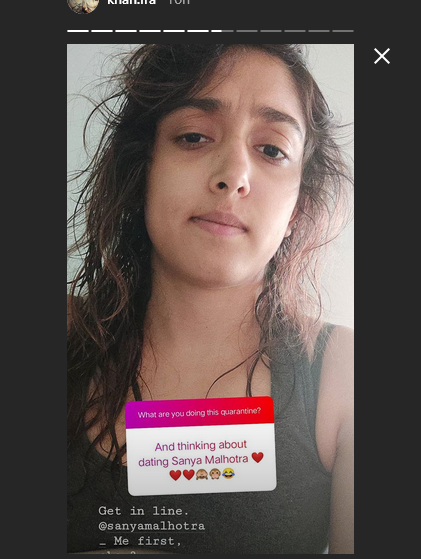 Ira is the younger one of Aamir Khan's two children with his first wife Reena Dutta. Ira has studied music, while her brother Junaid Khan often assists his father in filmmaking.