Advertisement
HomeBOLLYWOODENTERTAINMENT NEWSJanhvi Kapoor receives a digital caricature painting of hers from an artist, expresses her gratitude on social media

Janhvi Kapoor receives a digital caricature painting of hers from an artist, expresses her gratitude on social media

The eldest daughter of late Sridevi and Boney Kapoor, Janhvi Kapoor made her entry into Bollywood in 2018 with Dhadak. While the actress is just a film old, she has already made millions go weak at the knees with her striking features and uncanny resemblance with her mother. Standing tall amidst fandom, Janhvi's admirers leave no stone unturned to make her feel special. From social media edits to artworks, she is showered with more and more love each day. Similarly, the 23-year-old actress received a surprise from a renowned artist in the form of a captivating digital painting of hers.

Janhvi, on Wednesday night, on Instagram, shared the digital painting. The image which is a beautiful adaptation of the actress's features has surely stolen hers and our hearts. The picture including minute detailings like a near-real looking earring, perfectly designed eye shape and a mesmerising red pout. The painting was made by an artist named Prasad Bhat. 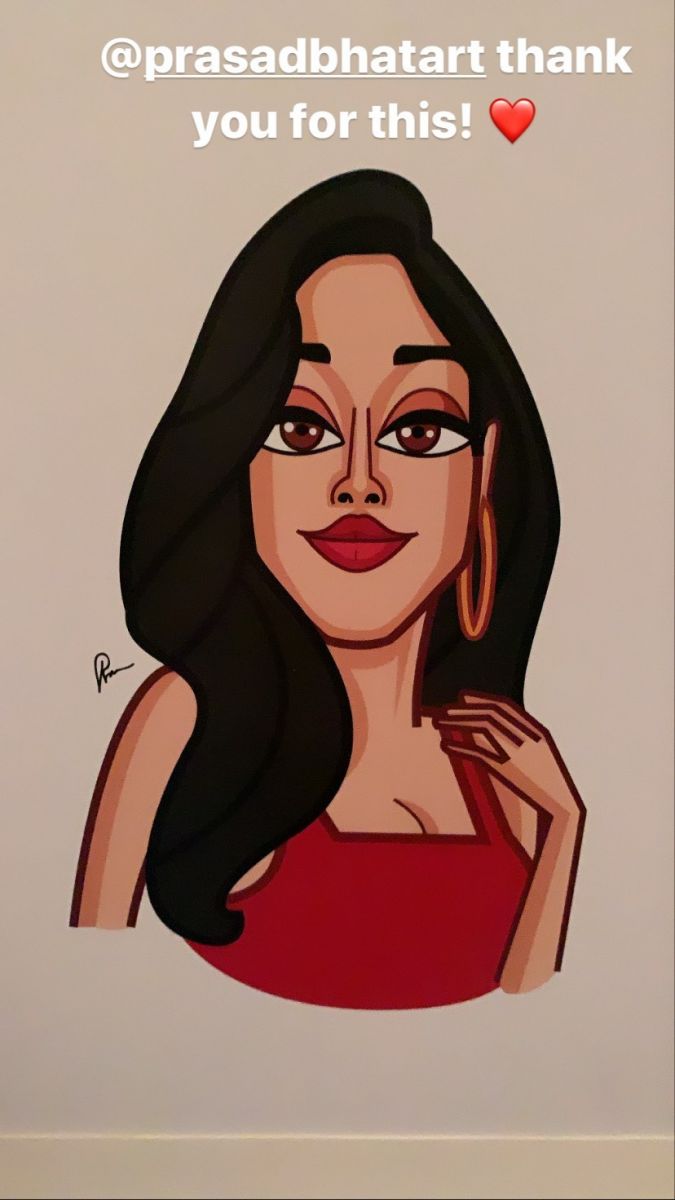 Workwise, Janhvi will be seen in Gunjan Saxena: The Kargil Girl, RoohiAfza, Dostana 2 and Takht. Previously, the actress starred in Dhadak co-starring Ishaan Khatter and Netflix's anthology titled Ghost Stories. As per reports, she will be collaborating with her father Boney for the film Bombay Girl.