The remake of Anil Kapoor's and Sridevi's Mr. India was the talk of the town a few years ago. Now, it seems Bollywood has found the new Mr. India in Ranveer Singh. Shekhar Kapur gave Hindi Cinema one of its most memorable and enjoyable films in the form of the 1987 classic, Mr. India and now, looks like, Ranveer is all set to take the film forward.

To play the titular role of Mr. India, Ali Abbas Zafar who is planning the spin-off is in advanced talks with Ranveer who has loved the subject and is excited to step into the iconic shoes of Anil Kapoor from the original. "It's neither a sequel nor a remake, but more of a spin-off of the original film set in the modern times. The film is in the pre-production stage and Ali has already locked the first draft of the script. Taking a cue from Mr. India is a big deal, and Ali is being cautious with every step that he is taking." 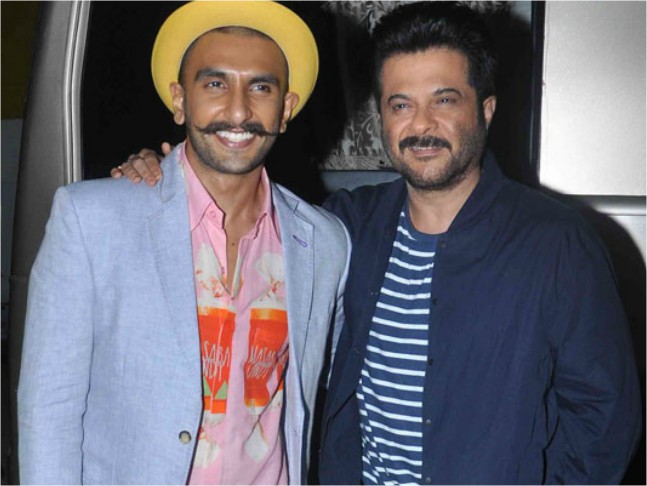 When asked about the most iconic character of Mogambo in the history of Indian cinema and if the makers are looking to cast a top superstar for the role, the source said, "It's a mammoth order to live up to since that film is still fresh in people's minds. The makers may release the film in 2022. Let's see what they have in store for us."

And before this huge project takes place, Ranveer has films like '83, Takht and Jayeshbhai Jordaar in his kitty. On the other hand, Ali is producing Ishaan Khatter's and Ananya Panday's Khaali Peeli and also reportedly planning to make a Superhero franchise with Katrina Kaif.

'A role model for all of us,' say Ekta Kapoor and Tusshar Kapoor as da

Shah Rukh Khan and Priyanka Chopra Jonas to reportedly reunite for WHO's 'One World: Together At Home' live event to raise funds for COVID-19

We discovered we’re both suckers for fashion, food & travelling: Sandeep Khosla on his 3-decade-long journey with designer partner Abu Jani

Quarantine Diaries: Straightening coloured tresses to chopping them off, Taapsee Pannu recalls all the times she experimented with her mane