Advertisement
HomeBOLLYWOODENTERTAINMENT NEWSChristmas: Karan Patel and Ankita Bhargava finally give a glimpse of their newborn baby girl named Mehr and we are all hearts!

Christmas: Karan Patel and Ankita Bhargava finally give a glimpse of their newborn baby girl named Mehr and we are all hearts!

As the year is coming to an end and celebs are in their festive spirit, it is even so special for TV couple Karan Patel and Ankita Bhargava. The two welcomed their newborn baby girl on December 14 and Karan announced the arrival of their daughter on Instagram by stating, "The only soul who has given me such emotions all at one go. Ankita is doing well and our families would like to thank each and everyone who have loved us and continue to bless us."

A few days later, it was revealed that Karan and Ankita have named their daughter Mehr. And now Karan finally extended gratitude towards his fans and followers and gave the first glimpse of his newborn baby girl. In the picture, Karan can be seen posing with his wife Ankita and baby Mehr, who is dressed as Santa. 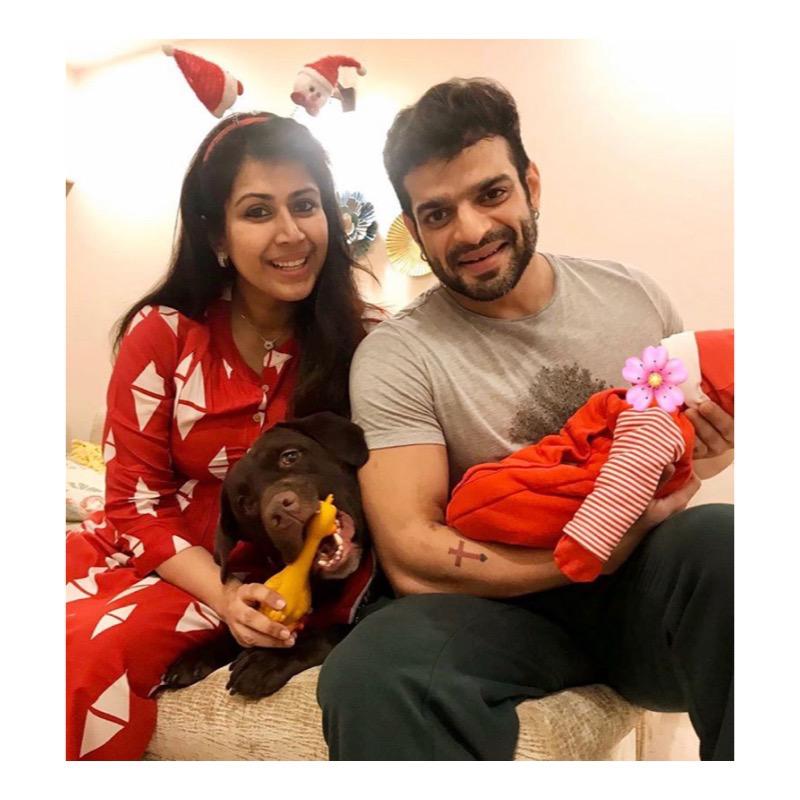 On the work front, Karan was last seen in Ekta Kapoor’s Yeh Hai Mohabbatein. The show was quite popular amongst the masses and the actor had become a household name after playing Raman Bhalla in the show.