Apart from Rajkumar Hirani and Atlee Kumar, Shah Rukh Khan in talks with Raj & DK for a stylish action thriller?

Shah Rukh Khan, over 27 years in Bollywood, has managed to make an unerasable place in the hearts of millions with his charming smile and flawless acting. However, the actor left his fans disappointed by announcing a short break from films after the unfortunate debacle of Aanand L. Rai's Zero in December 2018. With Shah Rukh missing in action, his beloved audience has been surely waiting for a film announcement from his end. However, it now seems that Shah Rukh, along with being in talks with Rajkumar Hirani and Atlee Kumar for his next, is considering working with Raj Nidimoru and Krishna DK for a stylish, big-budget action thriller with dashes of quirk and humour. As per reports of a leading daily, the director duo who has shelled out blockbusters in the recent past like Stree, Go Goa Gone among others, narrated the script to Shah Rukh and holla, the actor reportedly loved it. A source close to the development informed the daily that the yet-to-be-announced film will go on floors next year.

"SRK has signed the stylish action film that is infused with Raj and DK’s brand of quirky humour and will go on the floors next year. It is a space he hasn’t explored yet,” the source informed the daily. 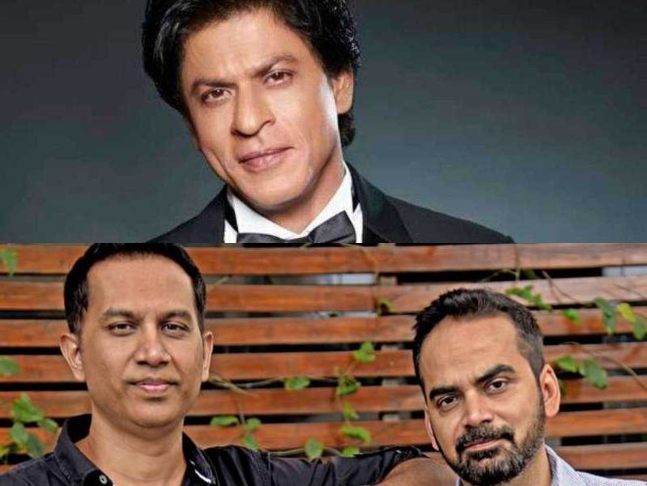 Recommended Read: I have never seen a day when they are on set and say that they are tired: Rohit Shetty reveals what's similar between superstars Ajay Devgn and Shah Rukh Khan

Adding further, the source told that an international crew has been roped in to design action stunts while Raj and DK are finishing the script. Considering Shah Rukh in the lead, the duo is on a hunt for a leading actress and will lock the locations soon.

“An international stunt crew will be designing the action in the film. Raj and DK are currently putting the finishing touches to the script. They will soon finalise the shooting locations and lock the ensemble cast, including an A-list actress for the female lead, crew and technical team," the source added.

Well, with Shah Rukh considering three scripts for his much-awaited celluloid comeback, it remains interesting to see what falls in his kitty.