‘Have to ask mummy,’ says Kartik Aaryan on marriage plans amidst break up news with Sara Ali Khan

Actor Kartik Aaryan, who next will be seen in Pati, Patni Aur Woh, said he has no time for love and as of now his sole focus is on his film career. Kartik's assertion came in the wake of constant media reports linking him to various co-stars, from Sara Ali Khan to Ananya Panday. Asked if plans to settle down soon, the Luka Chuppi star preferred turning mamma's boy.

"I have to ask this to my mummy. Now, I am focusing on my career," he said. 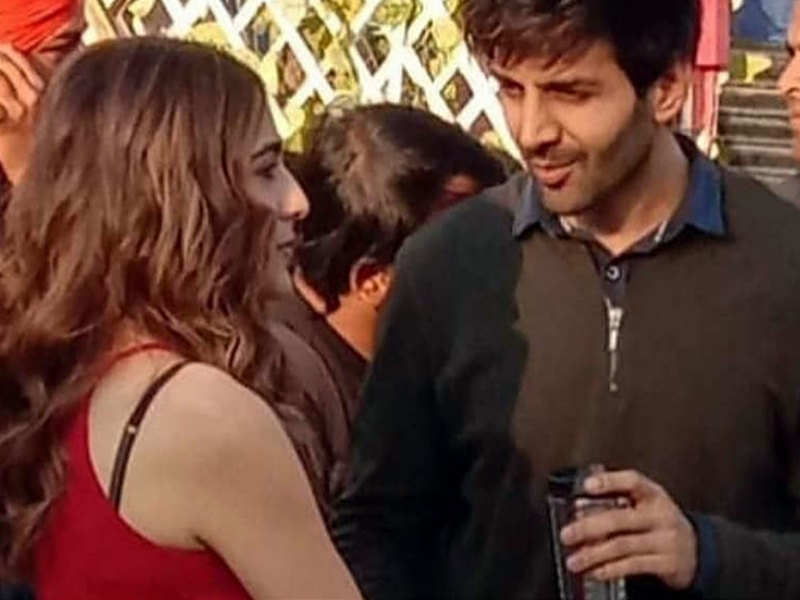 His next film Pati, Patni Aur Woh is incidentally a comedy based on marital tension that happens when a man, played by Kartik, starts cheating on his wife. "We will soon release the trailer of the film," the actor informed. Kartik and his co-stars of the film -- Bhumi Pednekar and Ananya Panday -- unveiled the film's posters on Wednesday.

Pati Patni Aur Woh is directed by Mudassar Aziz, who previously helmed Dulha Mil Gaya, Happy Bhag Jayegi and Happy Phirr Bhag Jayegi. The film is slated to release on December 6. The film is based on BR Chopra's 1978 comedy-drama of the same name, which featured Sanjeev Kumar, Vidya Sinha and Ranjeeta Kaur in the lead roles.