In times when filmmakers are spending astronomical sums on making and then marketing their films, the producers of the upcoming Priyanka Chopra Jonas and Farhan Akhtar starrerThe Sky Is Pink have already recovered the cost. The film, which is based on the real story of Aditi and Niren Chaudhary, has created the right buzz amongst the audience and it has only advanced since the trailer and songs have been released. The music rights of the film have been sold to Zee Music Company for a dear amount and so have the satellite and digital rights, both of which have been bought by Netflix Worldwide for the first time. Along with these deals, SK Global Entertainment, the film’s US co-producer has also been pivotal to tip the scales in a positive direction.

A source confirms the news and said, “The Sky Is Pink team is already enjoying the financial success of the film. The film gained a lot of momentum due to its unique storyline along with it being the comeback Hindi film for Priyanka Chopra Jonas. The brand that she has created for herself both in India and internationally was a huge plus for the makers.” The source further added, “Roy Kapur Films and RSVP’s connection with Netflix sealed the digital deal and Ivanhoe Pictures has been a significant partner in the film especially in the finance element. In fact, the ball on these deals was rolling right from the beginning which made the film profitable even before the shooting started.”

Recommended Read: The Sky Is Pink Review: Priyanka Chopra Jonas and Farhan Akhtar teach us to embrace death with smiles and tears in equal measure 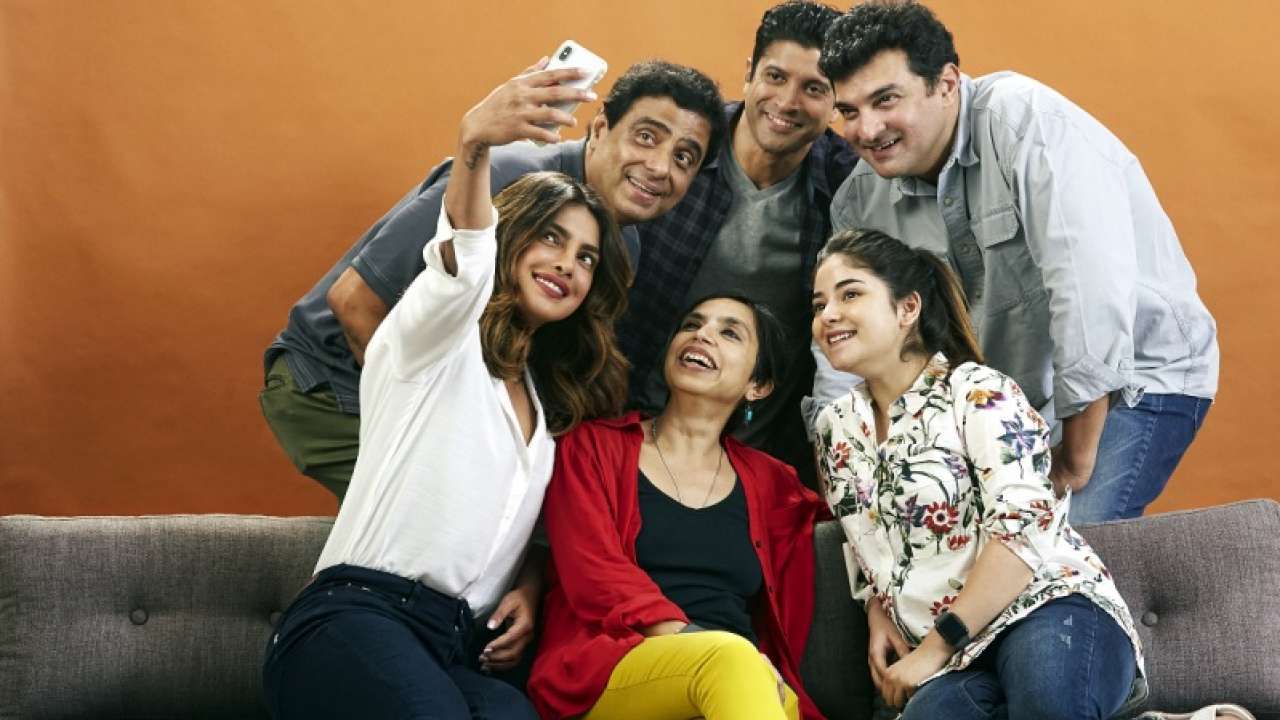 The Sky Is Pink is a story of a family that never gives up despite all the odds and an amazing love story of a couple that traverses decades and continents, told through the lens of their sassy, sardonic, spunky teenage daughter, Aisha. While Zaira Wasim plays the role of Aisha Chaudhary and Rohit Saraf plays her brother, Priyanka and Farhan play their parents in the movie.

Directed by National Award-winning filmmaker Shonali Bose, The Sky is Pink is produced by RSVP and Roy Kapur Films, in association with S K Global and Purple Pebble Pictures. The film is written by Shonali Bose and Nilesh Maniyar, starring Priyanka Chopra Jonas, Farhan Akhtar, Zaira Wasim, and Rohit Saraf. The film is slated to release on October 11, 2019.