Joaquin Phoenix is reaping accolades for his portrayal of Batman’s arch-nemesis Joker. The film Joker directed by Todd Phillips is touted as a frontrunner in the Oscar race this year but we all can agree that Phoenix’s performance is extremely disturbing, melancholy and sad, but looks like social media has come to his rescue as one creative user decided to put Anil Kapoor's Lakhan alongside Phoenix in his Joker avatar in the same frame.

The image in question caught Anil’s attention as well and he could not help sharing it. The meme has a dancing Anil doing his signature style of Dhina Dhin Dha while Phoenix’s Joker is dancing on the stairs in a still from the film. The meme shows how Anil will react to Joker's quote - 'All I have are negative thought'. According to the social media user, he will say, "Just Dhina Dhin Dha it. All your thoughts will be bole toh ekdum jhakaas." 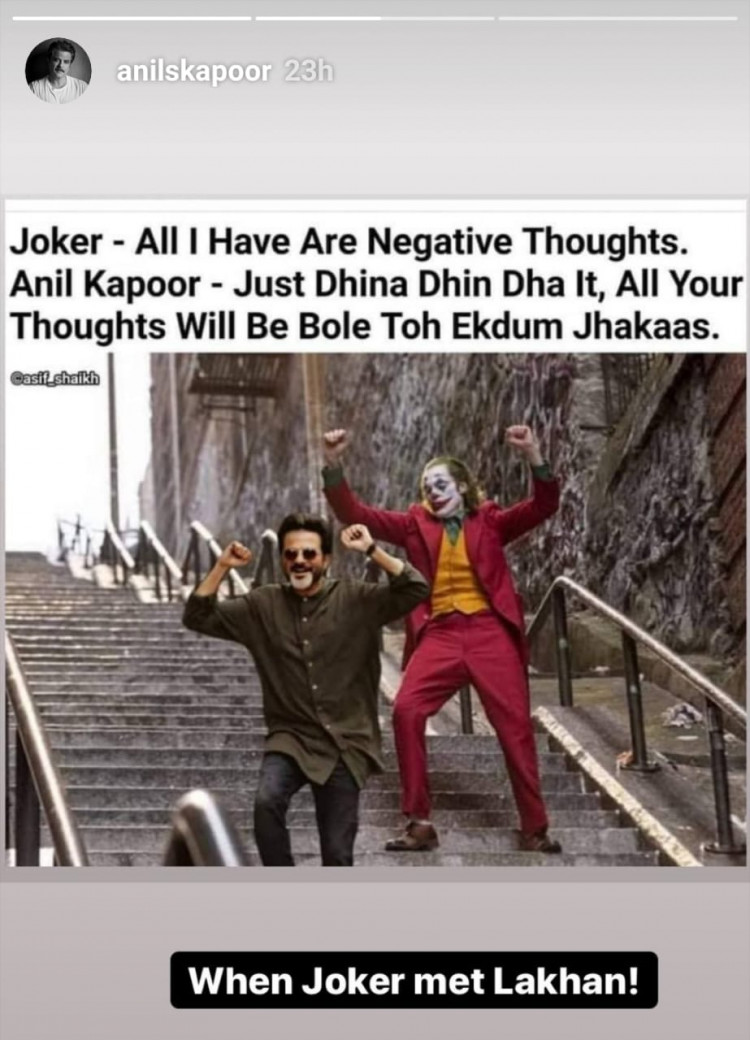 Anil shared the meme on his Instagram story and wrote, “When Joker met Lakhan!" Well, this creative genius surely needs some applause.