Advertisement
HomeBOLLYWOODENTERTAINMENT NEWSHe is a very dear friend of mine and will always be: Salman Khan on his equation with Sanjay Leela Bhansali post 'Inshallah' getting shelved

He is a very dear friend of mine and will always be: Salman Khan on his equation with Sanjay Leela Bhansali post 'Inshallah' getting shelved

The scrapping of Sanjay Leela Bhansali's ambitious project Inshallah, starring Salman Khan and Alia Bhatt, in the month of August came across as a piece of shocking information. Owing to some 'creative differences' between Salman and Sanjay, had the fate of the film meet with an unfortunate end before it even took off. Soon after, reports of a bitter tiff and disturbed relationship between the Dabangg actor and Sanjay did the rounds like wildfire. However, during an interview with a media agency, Salman quashed rumours of differences on a personal level and said the filmmaker is a dear friend of his and will always remain one. He further reasoned out the shelving of the film by saying God wasn't willing for the film at this point of time.

"Sanjay is a very dear friend of mine and he will always be. In-shaa-allah means god willing. I don't think God was willing at this point of time," Salman told. 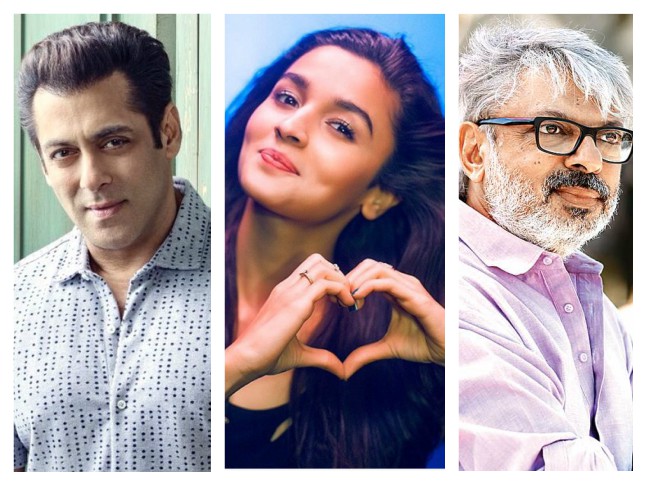 Recommended Read: 'Inshallah is not happening now but a film will definitely come on Eid 2020,' confirms Salman Khan

Inshallah marked the collaboration of Salman and Sanjay after a hiatus of 20 years, but now, it seems, the wait to watch the Hum Dil De Chuke Sanam director-actor duo cast magic on the screen will take some more time. Not just this, the film was a co-production between Salman's and Bhansali's banners. On a professional level, Salman and Sanjay started off their successful association with Khamoshi: The Musical in 1996 which led to Hum Dil De Chuke Sanam in 1999. The actor made a special cameo in Sanjay's Saawariya that launched Ranbir Kapoor and Sonam Kapoor Ahuja in 2007.

Workwise, Salman is now gearing up for the release of Dabangg 3, which will open at theatres on December 20, 2019, and the 13th season of Colors' controversial reality show Bigg Boss, premiering on September 29, 2019. On the other hand, Sanjay is said to be working on a film based on a brothel owner Gangubai Kothewali, reportedly starring Alia and will likely announce the film soon.