Watch: Priyanka Chopra Jonas gets teary-eyed at TIFF premiere of ‘The Sky Is Pink', hugs Farhan Akhtar and Shonali Bose

Actress Priyanka Chopra returns to Bollywood after a hiatus with the upcoming film, The Sky is Pink. The October release had its world premiere at Toronto International Film Festival (TIFF) on Saturday.

For Priyanka, it was an emotional gala. Videos doing the rounds on Internet show a teary-eyed Priyanka hugging the film's director Shonali Bose at the premiere.

The Sky Is Pink is a romantic drama about a couple, played by Priyanka and Farhan Akhtar, who lose their daughter (Zaira Wasim) to pulmonary fibrosis.

At the do, Priyanka enthralled fans in a stylish grey-and-black frill dress. Farhan was accompanied by his beau Shibani Dandekar.

Priyanka's pop star hubby Nick Jonas couldn't make it to the premiere but he makes sure to congratulate her on social media. 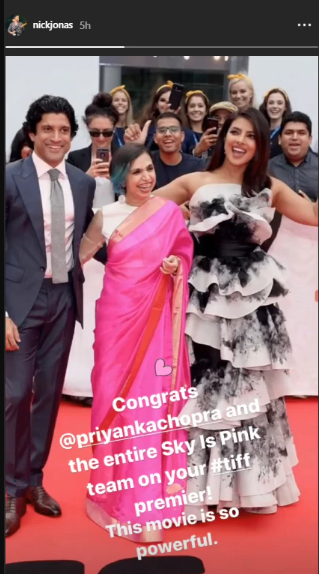 "Congrats Priyanka and the entire The Sky is Pink team on your TIFF premiere," Nick wrote on Instagram Story. 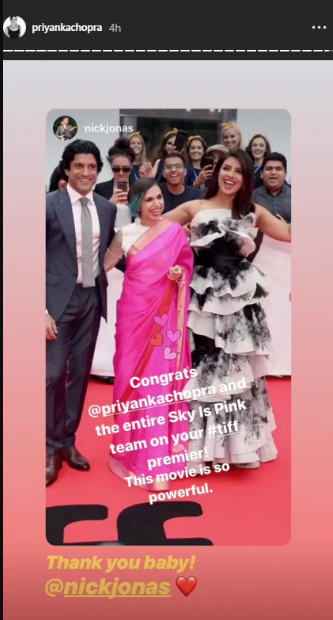 Watch: 'Dare to make eggs now, the kitchen is all yours,' challenges D

To many more moments of love, laughs and movies: Alia Bhatt wishes 'father' Karan Johar on his 48th birthday

Gosh we were so sexy then and now even more: Kareena Kapoor Khan wishes Karan Johar on his 48th birthday in her typical 'Poo style'