On September 13, The Sky is Pink premiered at the Toronto International Film Festival (TIFF) 2019 and the event was attented by the entire team, including director Shonali Bose, actors Priyanka Chopra, Farhan Akhtar and Rohit Saraf, apart from producer Sidharth Roy Kapur and Priyanka's mother Madhu Chopra, who co-owns Purple Pebble Pictures with her. Farhan too brought his girlfriend Shibani Dandekar. Not just them, Aditi and Niren Chowdhary, parents of motivational speaker Aisha Chowdhary, whose life inspired the narrative of The Sky Is Pink, were also part of the event.

While the men looked dapper, Priyanka stunned us all in a silk organza dress with cascading ruffle by Marchesa. With loose hair on her houlders, the actress finished out her look with minimal accessories. Check out the pictures: 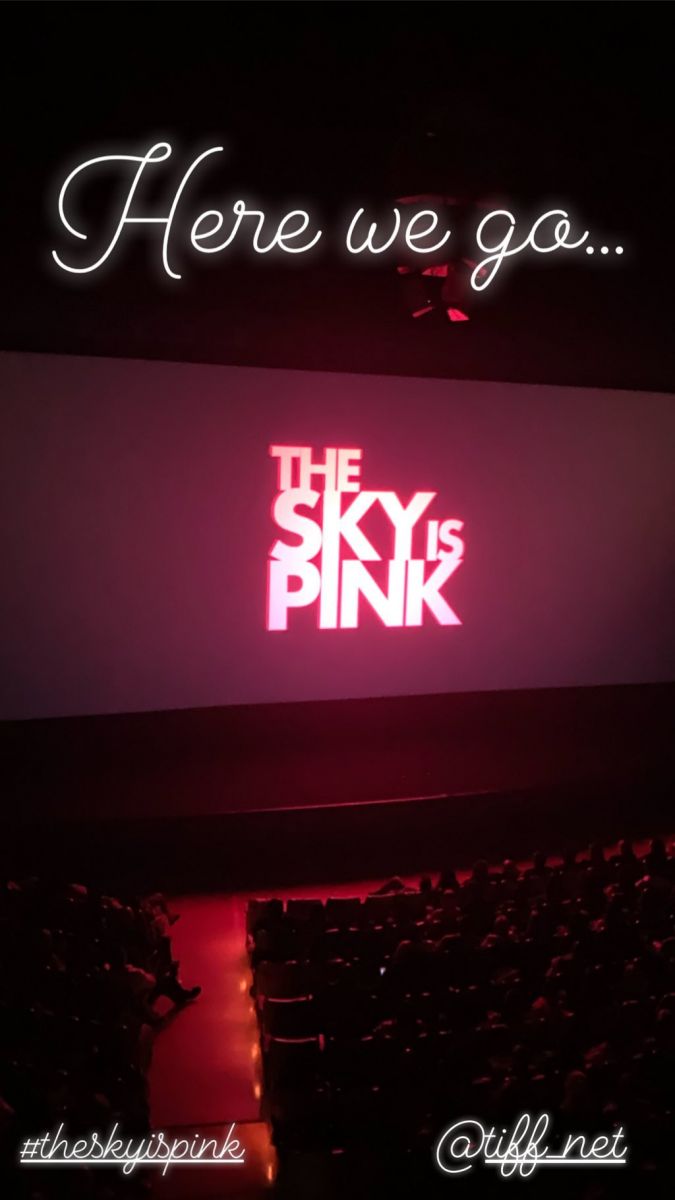 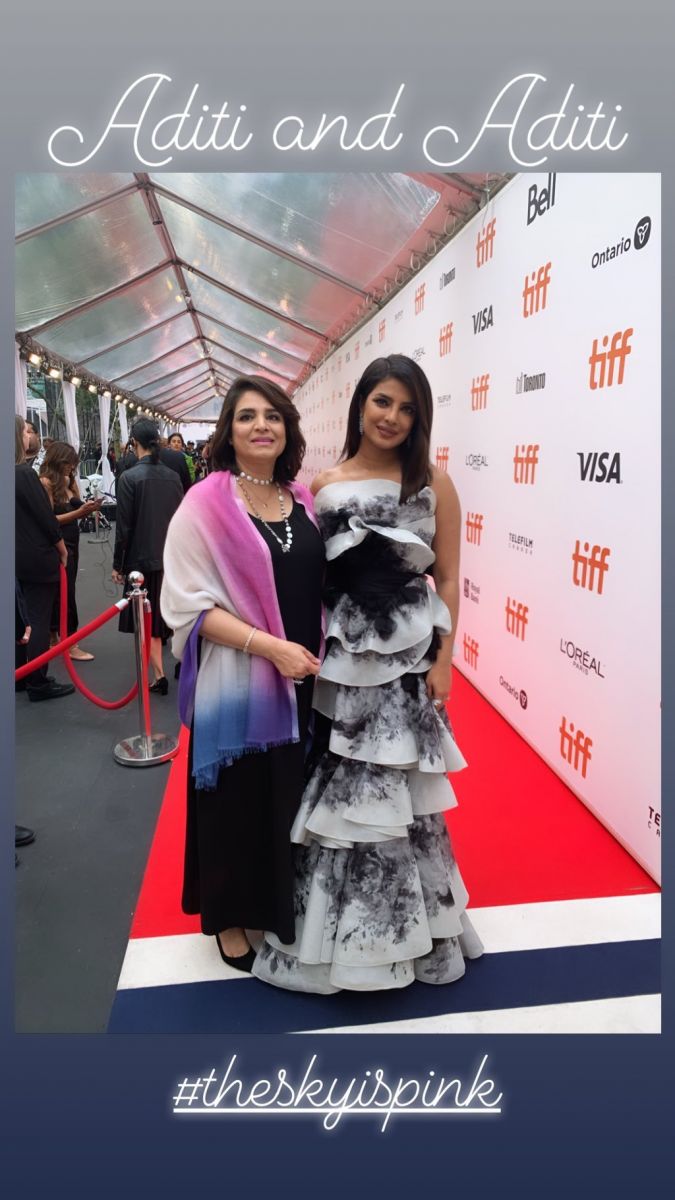 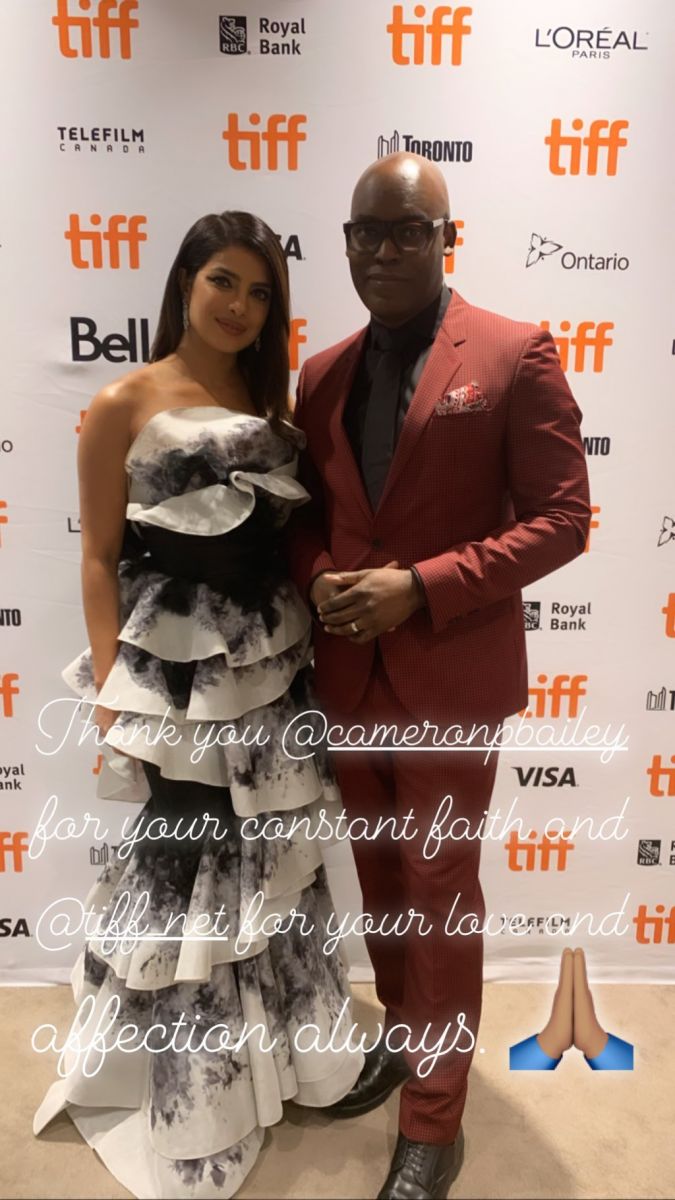 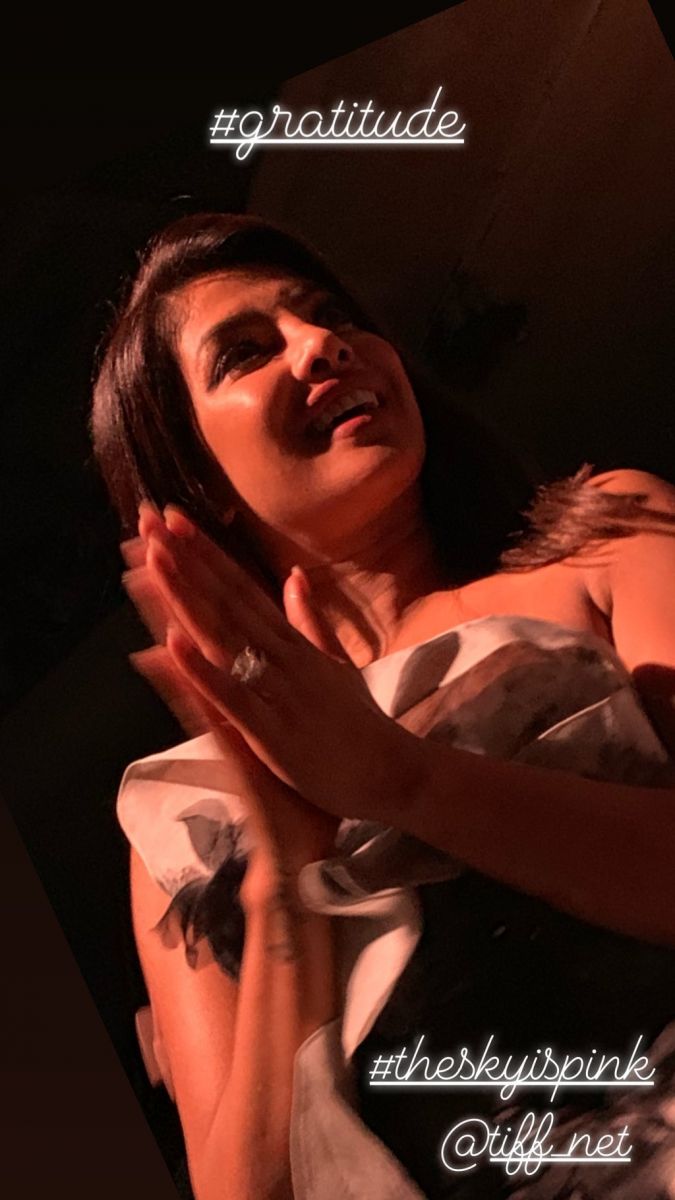 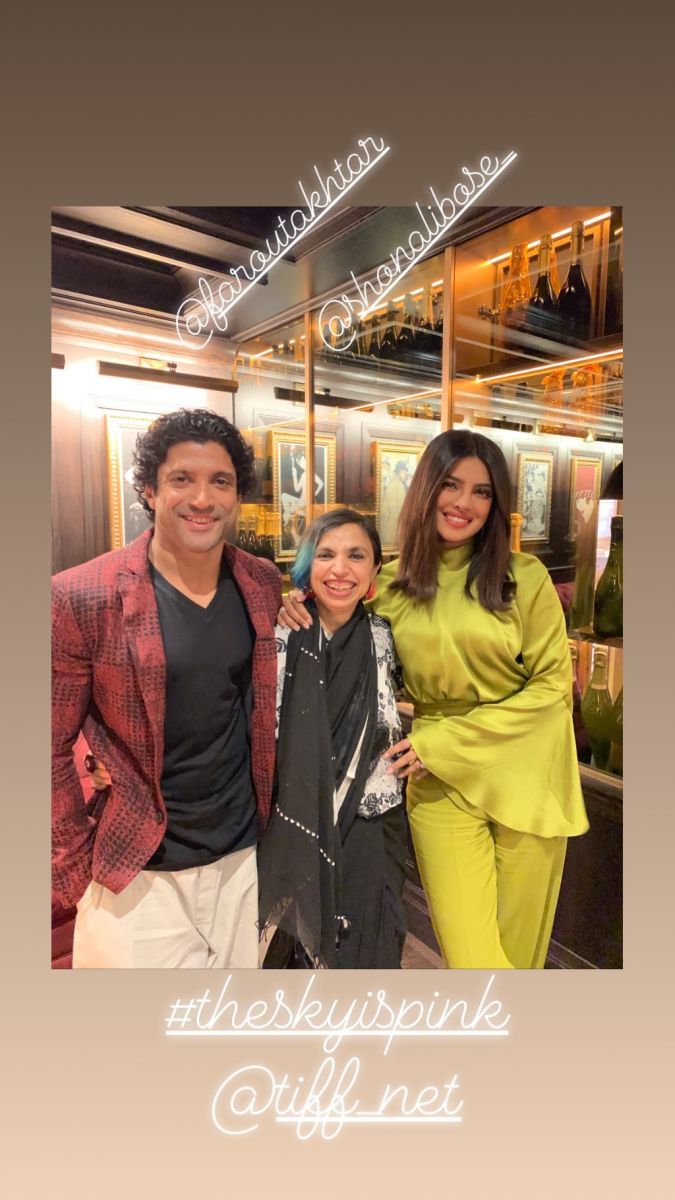 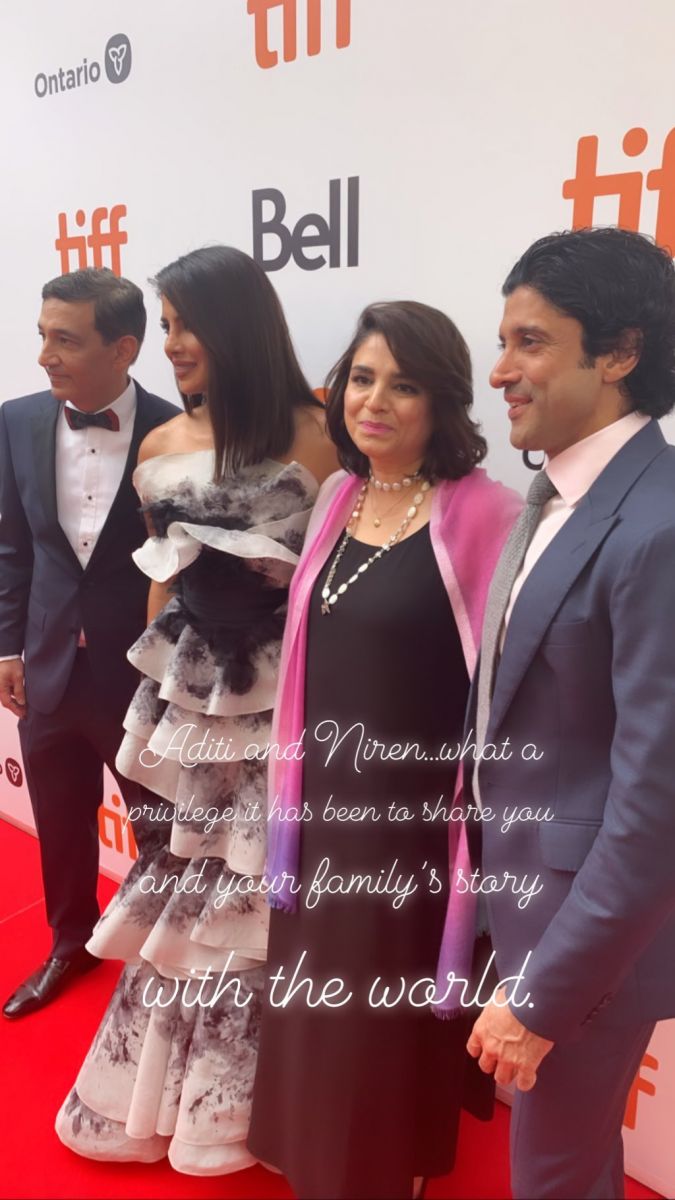 RECOMMENDED READ: 'What an exhilarating moment': Priyanka Chopra Jonas, Farhan Akhtar and The Sky Is Pink team pose together ahead of TIFF premiere

Interestingly, before the premiere, Priyanka shared her nervousness on social media and her fans gave her tips how to cope with it. She later thanked them by putting a story on her Instagram as she wrapped up the premiere event.