Advertisement
HomeBOLLYWOODENTERTAINMENT NEWS‘Not used to it but it is fitting,' says Priyanka Chopra Jonas on getting first credit with her marital name in ‘The Sky Is Pink’

‘Not used to it but it is fitting,' says Priyanka Chopra Jonas on getting first credit with her marital name in ‘The Sky Is Pink’

Talking about the film and getting credit with her new marital surname, the actress said in an interview, “My last name is the same, I am just adding on to it.” When the interviewer prodded her about the fact that this is her first film after marriage and how does it feel, she said, “Oh my god that just made it official I guess. No, clearly not used to it, but it is fitting because I got married during this movie, four days after completing the shoot. This is also my first movie as a producer so it’s all very fitting.” 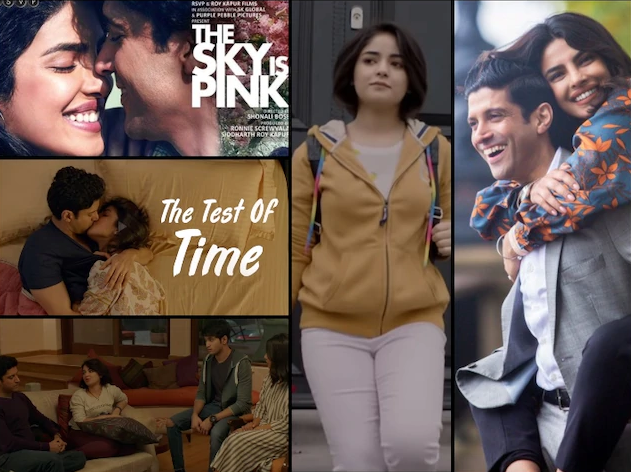 RECOMMENDED READ: 'I should have been there, he felt really bad': Priyanka Chopra on disappointing husband Nick Jonas with a no-show at MTV VMAs

The Sky Is Pink is directed by Shonali Bose and also stars Farhan Akhtar, Zaira Wasim and Rohit Saraf. It is based on the true and inspiring story of motivational speaker and author Aisha Chaudhary.

Priyanka and Nick Jonas got married last year in December at Umaid Bhawan Palace, Jodhpur, Rajasthan. The wedding was a gala affair with two wedding ceremonies honouring both their Hindu and Christian traditions. They followed it up with multiple receptions in India as well as in Los Angeles.