Advertisement
HomeBOLLYWOODENTERTAINMENT NEWS'Actors like Rajkummar, Ayushmann are out there doing better than others': Sonam Kapoor Ahuja on male actors taking up a role in female-oriented films

'Actors like Rajkummar, Ayushmann are out there doing better than others': Sonam Kapoor Ahuja on male actors taking up a role in female-oriented films

Sonam Kapoor Ahuja has become the face of prominence when it comes to speaking out for the right and establishing an independent identity for oneself. The actress, fearless and bold when it comes to putting forth an opinion of male dominance in films, has never shied to come out in the open about the inequality prevalent in the society. and now, Sonam has once again spoken about this inequality. As she, on Thursday, unveiled the trailer of her upcoming film The Zoya Factor co-starring Dulquer Salmaan at an event in the city said, she failed to understand the thought process behind their refusal. Giving an example of her actor father Anil Kapoor, Sonam added that despite he doing films where his female co-stars had an equal prominence, he was still a superstar.

"It depends on the person and their confidence level and how they feel about themselves. My father did films like Beta, Laadla, Mr. India where women had prominent roles and he was a superstar at that time. He is still a superstar but he was THE Anil Kapoor in the 80s and 90s. At that time, he was young, happening and a cool guy and when I saw that, I couldn’t understand while doing a certain film that why men weren’t thinking the same way. I have been brought up to think that it doesn’t matter as long as the role is amazing. There are a lot of men like Dhanush (Raanjhanaa), Dulquer, Ayushmann Khurrana (Bewakoofiyaan), Rajkummar Rao (Ek Ladki Ko Dekha Toh Aisa Laga) who are out there and are doing much better than anybody else. That is because they realised that it is not about who is leading the film, it is about the film, the content of the film," Sonam told during the event. 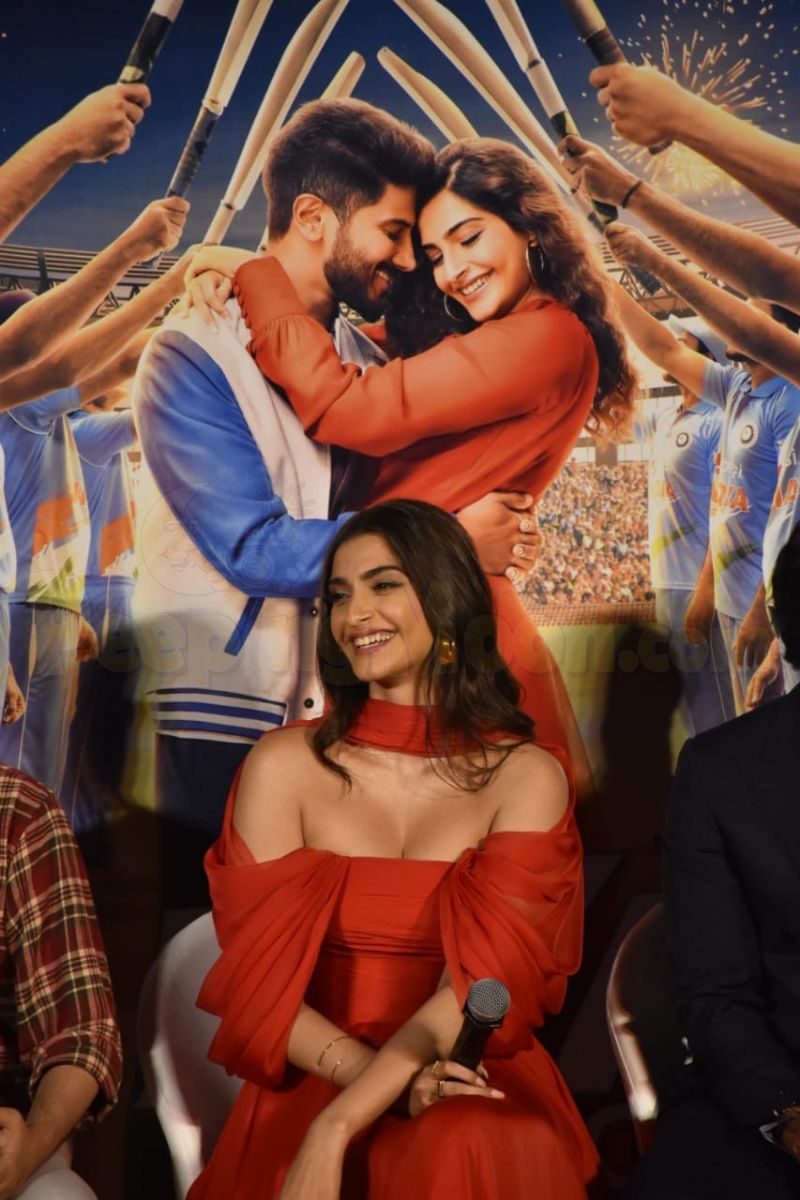 Recommended Read: 'The Zoya Factor' trailer: Sonam Kapoor Ahuja and Dulquer Salmaan light up the screen with their 'Z Factor' in this tale of love, luck and cricket

Speaking of The Zoya Factor, the film is based on Anuja Chauhan's bestseller of the same name. It is directed by Abhishek Sharma, produced by Aarti Shetty and Pooja Shetty. The story orbits around Zoya Singh Solanki who becomes the Indian cricket team's lucky charm after meeting the captain of the team Nikhil Khoda. The Zoya Factor is scheduled to release on September 20, 2019.