Advertisement
HomeBOLLYWOODENTERTAINMENT NEWSHe loved it, told me I have natural swag: Alia Bhatt talks about Ranbir Kapoor’s reaction to her ‘Prada’ song

He loved it, told me I have natural swag: Alia Bhatt talks about Ranbir Kapoor’s reaction to her ‘Prada’ song

Alia Bhatt has been in news recently for her music debut in The Doorbeen's Prada. The song became popular within a short span of time. It garnered 19 million views on Youtube in a week. Alia recently revealed in an interview that her beau Ranbir Kapoor also liked the song and told her that she has natural swag.

Alia opened up on how her friends from the industry reacted to the song in an interview for an entertainment portal. When asked what her boyfriend Ranbir’s reaction to the video was, she smiled and said, “Ranbir loved it. He told me that I have natural swag. I played it for Karan Johar, he also loved it. I played it for Baadshah and he told me that he was so happy. Badshah said, kya gaana hai yaar!" 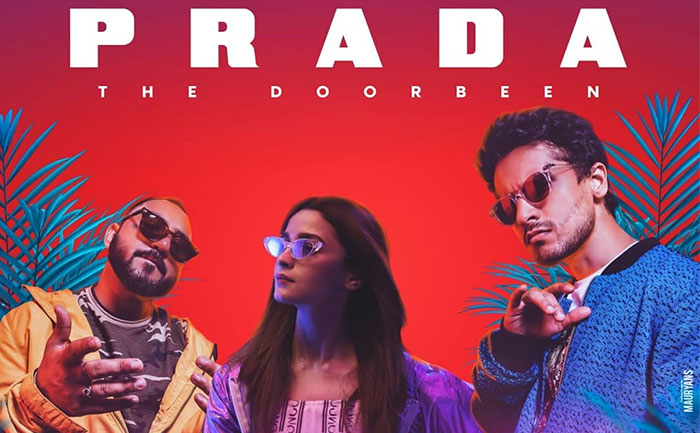 The actress will next be seen in her father Mahesh Bhatt's directorial Sadak 2 and Ayan Mukerji's Brahmastra where she is paired opposite Ranbir Kapoor. She will also be seen in Karan Johar’s star-studded film Takht alongside Ranveer Singh, Kareena Kapoor Khan, Janhvi Kapoor, Vicky Kaushal, and Bhumi Pednekar. Apart from this, the actress will be seen in Sanjay Leela Bhansali’s Inshallah opposite Salman Khan and S. S. Rajamouli's RRR. It is surely going to be a tough year for the actress as her films are all lined up one after the other.