Advertisement
HomeBOLLYWOODENTERTAINMENT NEWSIndependence Day Special: From ‘Swades’ to ‘Gold’, here are a few patriotic films that will make you swell with pride

Independence Day Special: From ‘Swades’ to ‘Gold’, here are a few patriotic films that will make you swell with pride

Traditionally patriotism in Bollywood has translated into two factions- Manoj Kumar’s son of the soil films like Upkar, Purab Aur Paschim and war films spearheaded by JP Dutta. However, over the past few years, there has been a slew of patriotic films that have glorified the common heroes, sports personalities and agents who have gone beyond wars. Today, on Independence Day here’s a look at some of these films that will instill pride in you for your motherland. 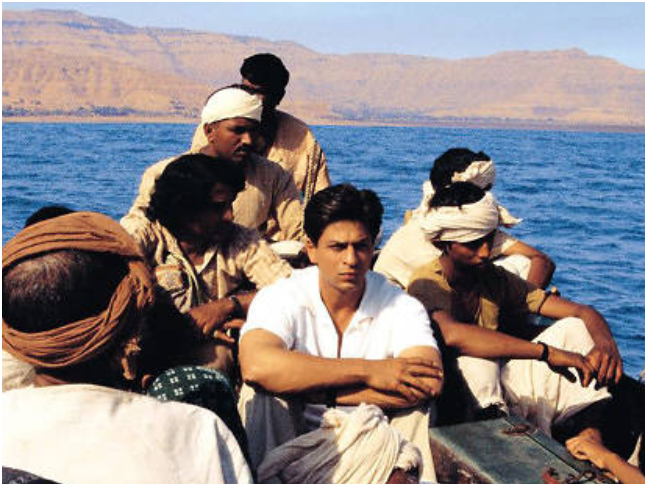 One of the most popular and well-loved films of Shah Rukh Khan is Ashutosh Gowariker directed Swades. SRK plays an NRI working in NASA as a Project Manager who decides to come back home after he realizes that he can make a difference to the abject poverty and inequality prevalent in India. His change of heart about the country he had stopped calling ‘home’ is truly endearing and relatable. SRK’s character of Mohan Bhargav decides to come back to India after a stint in the rural heartland of the country. The film is replete with AR Rahman’s soulful and mellifluous music coupled with SRK’s charisma and Gowariker’s attention to detail and superb direction. Yeh Jo Des Hai Tera instills a sense of patriotism that is unmatched in any modern song. 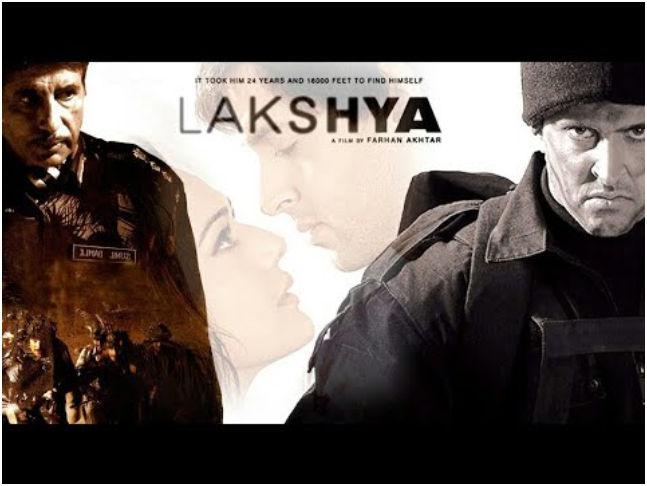 Hrithik Roshan’s portrayal of an aimless young man who finds his calling and comes into his own when he joins the Indian Army is probably a film that will resonate to every youth in the country. Farhan Akhtar’s superb direction, Shankar-Ehsaan-Loy’s music and crackling chemistry of Hrithik and Preity Zinta made the film a must-watch. The film was a fictionalized account of 1999 Kargil War and although the film did not light up the box office it has become a cult film since its release. The song Kadmon Se Milte Hain Kandhe makes you sit on the edge of your seat as it builds up on the energy and excitement of overcoming your enemies. 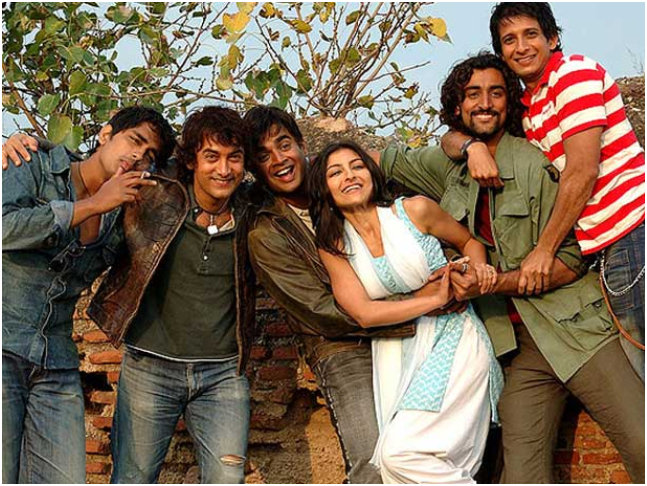 The Rakeysh Omprakash Mehra directorial was a multi-starrer tells the story of a British filmmaker making a documentary on Indian Freedom Fighters-Chandrashekhar Azad, Bhagat Singh, Shivaram Rajguru, Asfaqullah Khan and Ram Prasad Bismil. The film featured an ensemble cast of Aamir Khan,  Madhavan, Sharman Joshi, Siddhart Narayan, Atul Kulkarni, Soha Ali Khan, Alice Patten and Kunal Kapoor. The film was a hit amongst the youth and should be credited in bringing a new sense of belongingness to them. 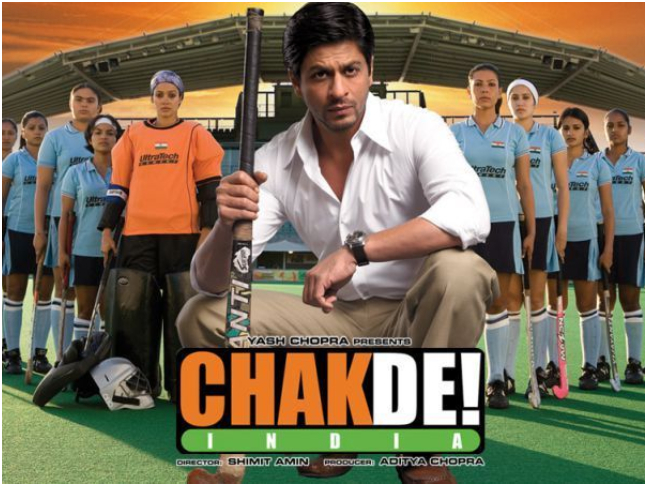 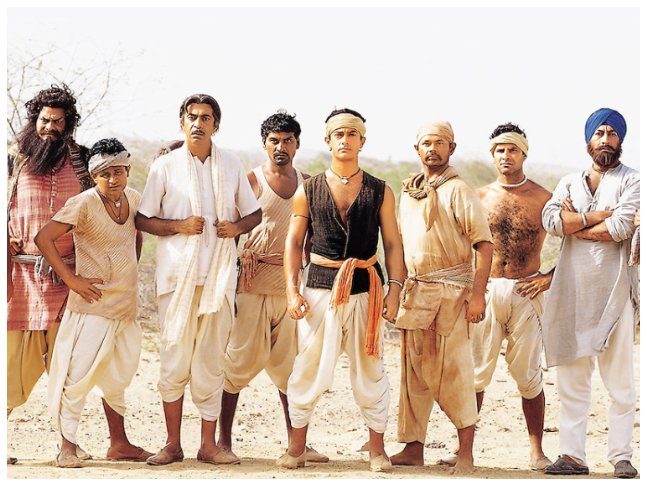 Aamir Khan’s villager act in Lagaan not only brought him laurels but also raked in the moolah. The film was India’s official entry to the Oscars in the Best Foreign Film Category. Aamir played a humble villager who takes on British pride and feeling of superiority and beats them in a cricket match in the 19th century to prevent them from implementing three-fold ‘lagaan’ or tax on the villagers. This period-patriotic fiction film had the laughs, music and the spirit. 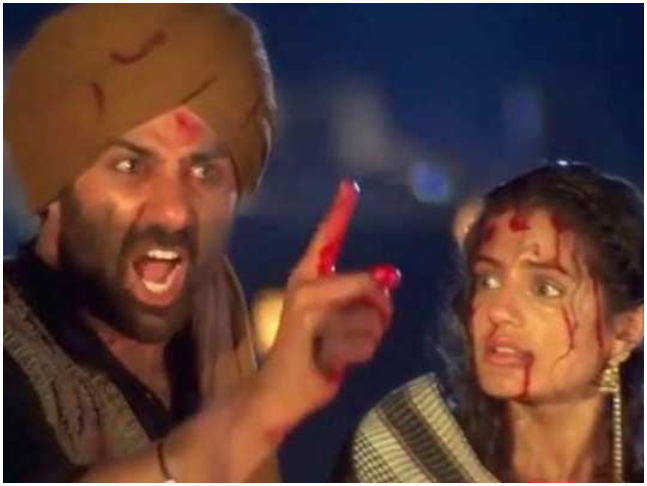 Sunny Deol and Ameesha Patel starred in this film which had an authentic look at Partition, a serious survey of the Indo-Pak relationship that did not trivialize the theme or the harsh truth of the atrocities committed during the time. The film was honest, searing, endearing as well as entertaining. The film was a stupendous hit and remains the most-watched film of the decade 2000-2009. 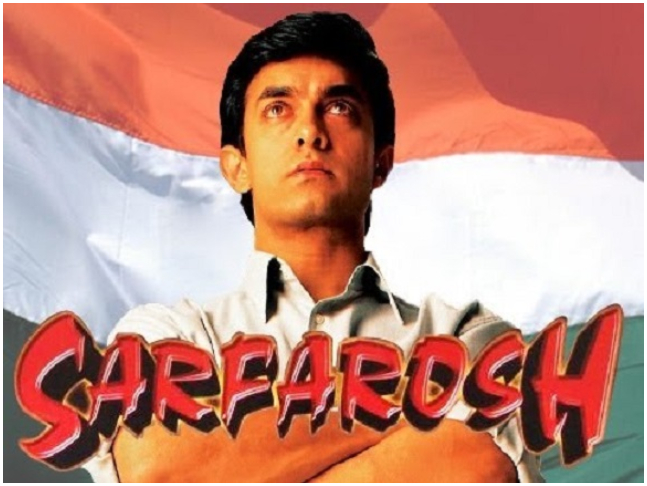 Another Aamir Khan starrer, Sarfarosh had one of the most gripping storyline and not to miss a superb sound track. Zindagi Maut Na Ban Jaaye is probably one of the most sung and popular songs of recent times on Independence Day. The film directed by John Matthew Matthan began Aamir’s journey towards excellence in ‘hatke’ commercial cinema. 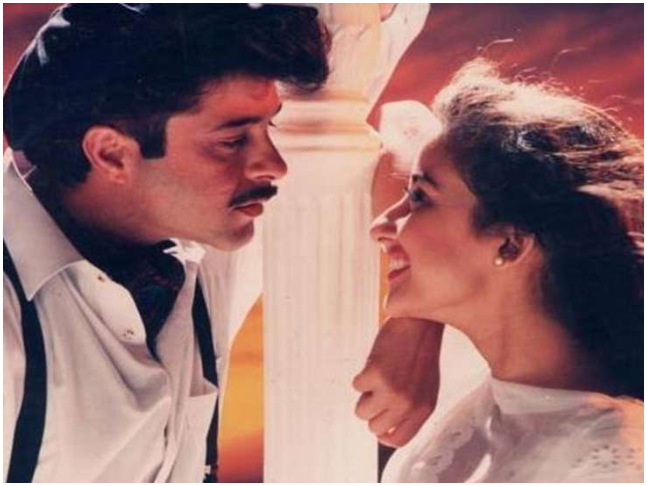 Mani Ratnam’s directorial Roja is best remembered for its soulful music given by AR Rahman. However, the film was based on the terrorist and separatist activities prevalent in Jammu and Kashmir. The film was also a love story and a wife’s (played by Madhu) fight in getting her husband (played by Arvind Swamy) saved from the clutches of a terrorist group that had kidnapped him. Pankaj Kapur played the terrorist group’s leader and the film’s most poignant scene is where Arvind tries to save an Indian National Flag from catching fire while his hands are tied around his back. The scene is probably cinema’s most rousing moment for an Indian. 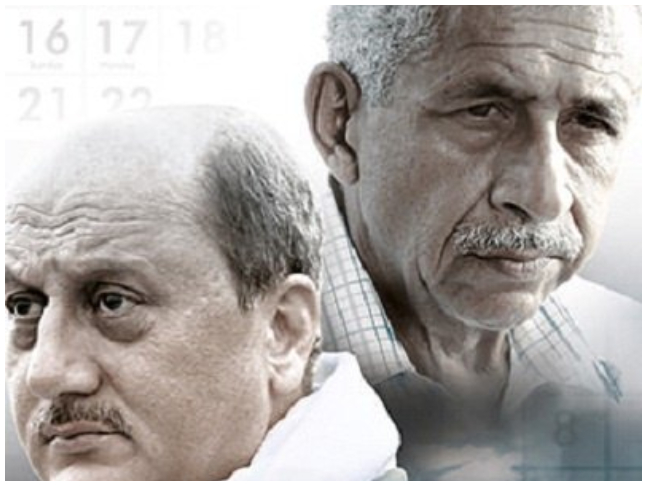 Neeraj Pandey’s directorial debut starring Naseeruddin Shah and Anupam Kher in the lead questions injustices prevalent in the Indian society that is perceived through the eyes of a common man. The film was a roaring success and is one of the most subtle patriotic films of recent times. The film had the Mumbai train blasts at its backdrop that rocked the nation. 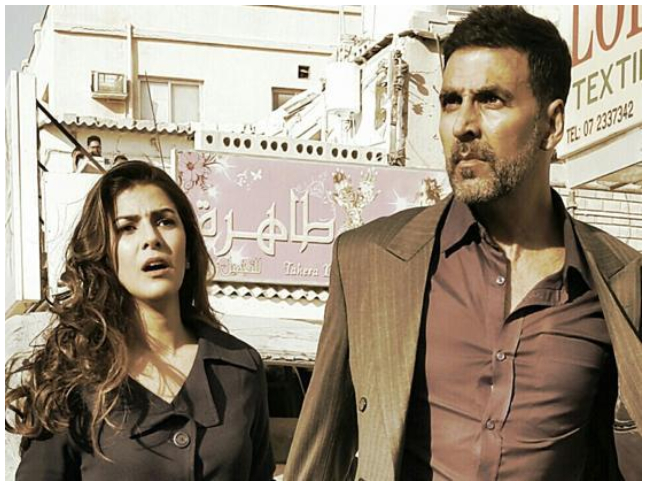 Akshay Kumar’s historical drama directed by Raja Krishna Menon was based on the real-life evacuation of Indians living in Kuwait during the invasion of the country by Saddam Hussein’s Iraq is a film worth being proud of. The film was one of the first films of Akshay to bring to fore his penchant for doing patriotic films, Airlift also brought up a forgotten achievement by Mathunny Mathews who was credited with the safe airlift evacuation of about 170,000 Indians from Kuwait. The operation is hailed as the world’s largest civilian evacuation in history. 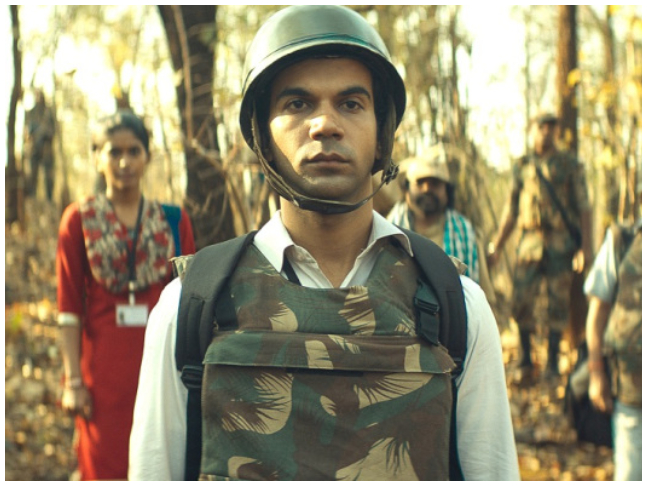 Rajkummar Rao and Pankaj Tripathi starrer Newton is a widely acclaimed black comedy that was also India’s official entry for the Oscars. Rajkummar as a rookie government clerk, struggling to conduct free and fair elections in the tribal areas of Naxal-affected parts of India is a show-stealer. Not to forget Tripathi who is top-notch in his role. The film is the perfect ode to the resilient Indian who can combat all odds if he fixes his mind to something. The film is one of those rare patriotic films that make you vouch for the underdog and make you feel that even though our country might be plagued by numerous problems we can always make things better by turning a new leaf. Alia Bhatt’s and Vicky Kaushal’s film Raazi is a testimony to the fact that heroes and patriots need not be clad in uniforms and fight at the borders but can fulfill the need of the nation from their station in life. Alia plays a spy married to a Pakistani army man prior to the Indo-Pakistan war of 1971. The film directed by Meghna Gulzar was based on the book Calling Sehmat by Harinder Sikka. It is a true account of an Indian RAW agent who upon her father’s request is married into a family of military officials in Pakistan to relay information back to India prior in the lead up to the war.

Parmanu: The Story of Pokhran 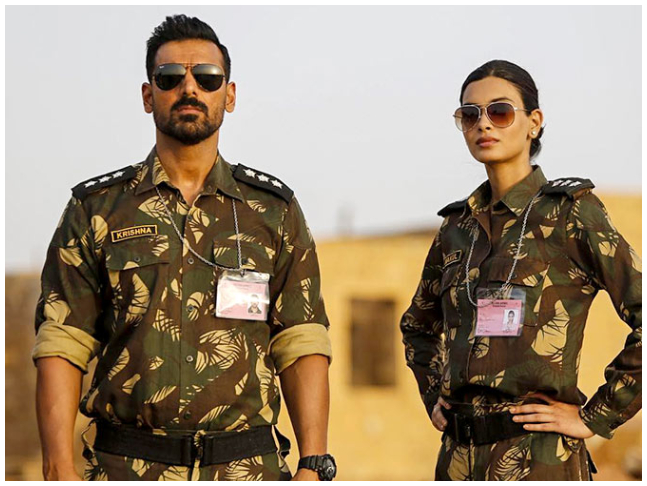 John Abraham’s Parmanu: The Story of Pokhran is a historical action drama that is based on the nuclear bomb test explosions conducted by the Indian Army at Pokhran in 1998. It also stars Diana Penty and Boman Irani. The film deserves loud applause for showcasing the impressive strategy employed by the Indian army to hoodwink the CIA and ISI from finding out that India is planning nuclear tests. The film depicts the actual achievement under the rule of former Prime Minister and Bharat Ratna late Atal Bihari Vajpayee and the research team headed by Dr. APJ Abdul Kalam, Dr. Anil Kakodkar, and Dr. R. Chidambaram who brought out the successful test that left the American intelligence community red-faced and embarrassed as they could not detect the preparations for the test. Parmanu: The Story of Pokhran makes you stand up and applause the nerve and daring of these charismatic leaders who did not get bowed down by international pressure and stood true to the betterment of the country making India a nuclear power and a force to be reckoned with. 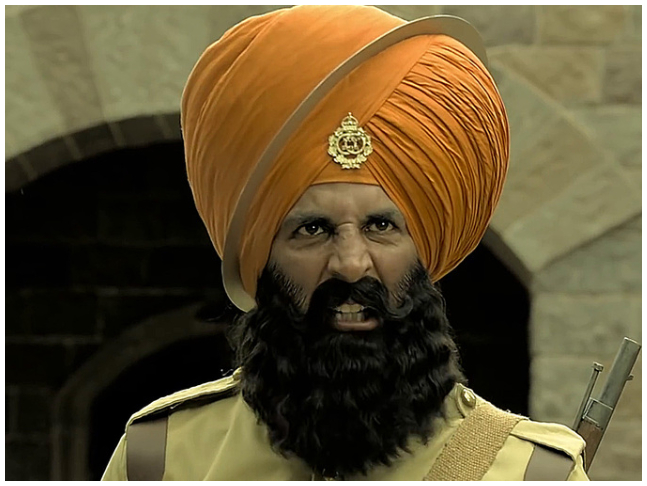 Akshay Kumar’s film Kesari is probably the most notable patriotic films that have released recently because of the fact that it brings to fore a forgotten part of our Indian history. Kesari relates the historic Battle of Saragarhi where 21 soldiers of the 36th Sikhs of the British Indian Army fought bravely against 6,000–10,000 Afridi and Orakzai Pashtun tribesmen in 1897. The battle that depicts true valour and bravery had been forgotten and lesser-known before the film was made and brought it to the consciousness of the general public. The war cry of Akshay and the courage depicted in the film by the actors are a testimony to the brave men our forefathers must have been who stood their ground even in the face of imminent and certain death. The film also starred Parineeti Chopra in the lead and is worth watching this Independence Day. Akshay’s Gold that released last year is another film based on hockey that brings the patriotic fervor to fore. Based on India’s first Olympic gold medal win as a free nation in hockey the film is a tribute to our national players who brought laurels to our country. It is based on India’s National hockey team titled at the 1948 summer Olympics. 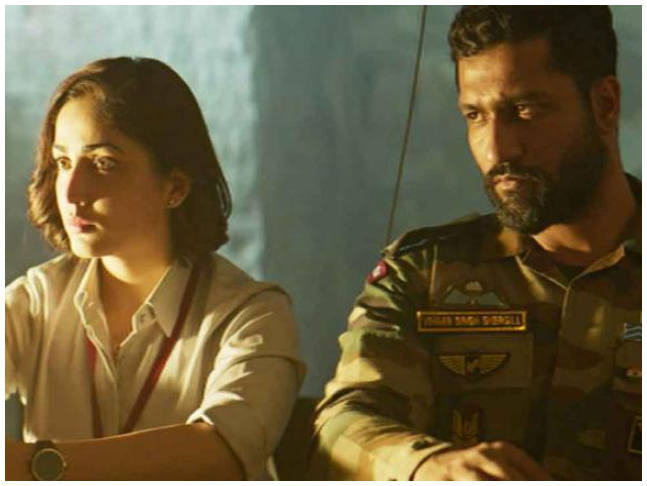 Vicky Kaushal’s and Yami Gautam’s URI: The Surgical Strike is a film that brought the Indian Army’s and Indian Secret services’ tactics and strategy to fore. The film is a dramatized account of the retaliation of the 2016 Uri attack and the first counter operation carried out by Indian army. The film was the leading grosser of the year before it was taken over by Kabir Singh. However, it was a big winner at this year’s National Awards as it won four honours including Best Actor award for Vicky and Best Director for debutant director Aditya Dhar. The dialogue “How’s the Josh?” from the film has become a part of popular culture now as it was used by Prime Minister Narendra Modi while inaugurating the National Museum of Indian Cinema of Films Division of India in Mumbai. The dialogue was used by MP Piyush Goyal, the Indian cricket team after winning the ODI series in New Zealand and also by Mumbai Police to raise awareness about cybersecurity.

After reports of Sanjay Dutt getting diagnosed with cancer surface, wi