Advertisement
HomeBOLLYWOODENTERTAINMENT NEWS‘Never had a conversation around sex with my parents’, says Sonakshi Sinha on bringing up the taboo topic

‘Never had a conversation around sex with my parents’, says Sonakshi Sinha on bringing up the taboo topic

Bollywood has finally come of age. With each passing year it is dishing out stories that were once considered taboo. From toilet hygiene to menstruation to sperm donation, filmmakers are no longer shying away from bringing up the big and important issues to the big screen. Sonakshi Sinha’s upcoming comedy Khandani Shafakhaana is based on one such topic – sex. While Sonakshi is happy to talk about the three letter word in the film, she reveals that she has never had this discussion with her parents.

In an interview with a leading daily, she said that she discussed sex with her peers and friends during her growing up years but never with her parents. She said, “The conversation with peers happened very early in life. It's a natural part of your growing up years in school and college. You become aware of a lot of things because of those open conversations that you have with them. But I've never had a conversation around sex with my parents. It just never happened.” 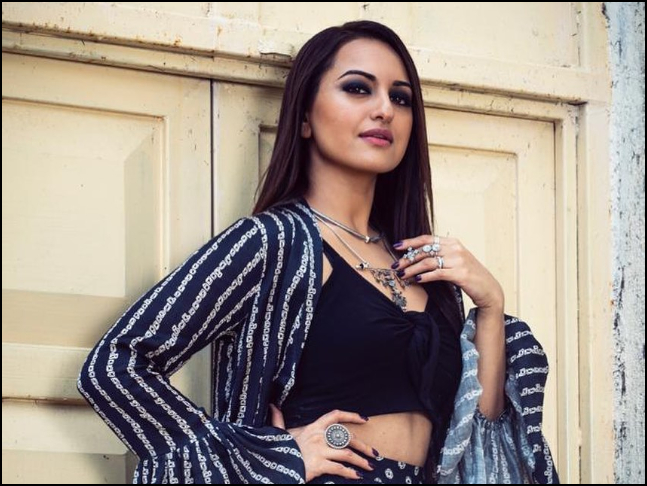 RECOMMENDED READ: ‘When Akshay Kumar or Salman Khan does a film, no one calls it a male-centric film’, says Sonakshi Sinha on the disparity

Sonakshi further defended her relationship with her parents and said, “Trust me, I'm not the only one. There's a large population of this country that has not spoken to their parents openly about sex because the subject has a strange awkwardness attached to it. That's why people seek information outside, when it should be given to them at home. I hope when my parents see this film, they can have that chat with me and then, we will break that wall. Only thing is that it's a few years too late, no?"

After observing Neena ji during the shoot, even I started styling myse

Moonwalk: Malaika Arora stuns with her ‘day and night’ looks; Janhvi Kapoor frontlines the fashion marathon of the week!