Jacqueline Fernandez to spin an action franchise with Producer Madhu Mantena for her newly-launched production company?

Jacqueline Fernandez, who has been on a much needed rejuvenating break in Los Angeles after completing a decade in the film industry, is all set to spin an action franchise. Jacqueline, who has always been one of the fittest in movie town, had recently admitted that despite her sunny temperament, no-holds-barred action is her favourite genre and that she would like to do more of it. Now, according to a report Jackie has been planning an action franchise under her newly formed production company. What’s more, she has found a collaborative partner in Madhu Mantena who will co-produce the series with her.

“The first film in the series is currently being scripted. The final draft will be locked soon, and it is expected to go on the floors by the year-end,” informed a source close to the development, adding that while the rest of the cast is still being finalised, Jackie will be fronting the project as the kick-’em-and-punch-’em leading lady. 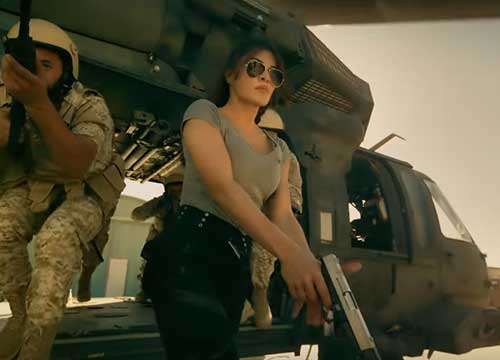 Recommended Read: Jacqueline Fernandez to feature in a special song alongside Prabhas in his upcoming film Saaho?

The actress despite her happy go lucky personality and her charming smile regularly goes for combat training insisting that it is a “great stressbuster” for her. She also believes that being able to fight her way out of a sticky situation can make a woman feel physically strong and powerful. While in LA, she had also trained in weaponary. “I learnt how to handle guns and knives,” she shared. All that training will be put to good use on screen for this action film now.